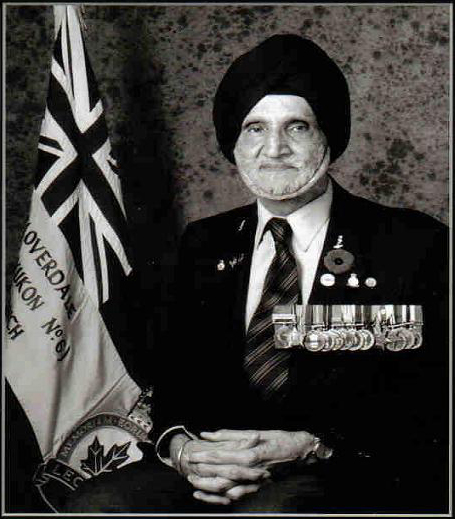 Surrey:  The World Sikh Organization of Canada offers its tributes to Lt. Col. Pritam Singh Jauhal who passed away on Sunday at the age of 95.  Lt. Col Jauhal led the struggle to wear turbans in Royal Canadian Legion halls in the early 1990s.

In 1993 Lt. Col Jauhal, a World War II veteran and other Sikhs were barred from entering the Royal Canadian Legion in Surrey because of their turbans after the annual Remembrance Day parade.  The WSO had supported Lt. Col. Jauhal in his attempts to have the Legion permit the wearing of the turban.  The national organization eventually changed its policy after a national debate.

WSO Senior Policy Advisor Gian Singh Sandhu said today, “the WSO had the privilege of working with Lt. Col. Jauhal in his struggle to have the turban accommodated at Royal Canadian Legion halls.  We will remember him for his courage and determination. His unwavering commitment to justice and human rights is an inspiration.  Our sincerest condolences are with his family.”

WSO President Mukhbir Singh said, “Lt. Col. Jauhal is a Canadian Sikh icon and he is an example for the next generation of Canadian Sikhs that equity and human rights are worth struggling for.  He displayed that same commitment to human rights most recently when he opposed laws limiting the freedoms of Muslim women who wear the niqab.  Lt. Col. Jauhal’s contributions to the Canadian Sikh community will be fondly remembered.”

Are you still struggling with Google ads? Wasting money and losing leads?