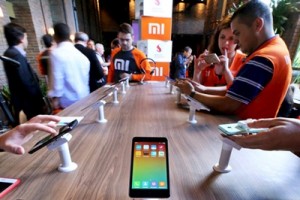 Sao Paulo, July 15 (IANS) Chinese smartphone company Xiaomi held its eagerly-awaited second online sales event in Brazil, with legions of customers rushing to take part.
According to Xiaomi, the event was a great success, with 10,000 Redmi 2 phones being sold out within minutes along with over 4,000 accessories, such as Mi headphones, covers and screen protectors, reported Xinhua on Tuesday.
The stocks of the first event, held on July 7, also sold out at an astonishing rate.
“The start of operations in Brazil has surpassed our expectations,” said Leo Marroig, Xiaomi’s director general for Latin America.
“We are excited about the tremendous support and very pleased with the great participation of Mi fans in the development of Xiaomi in Brazil,” he added.