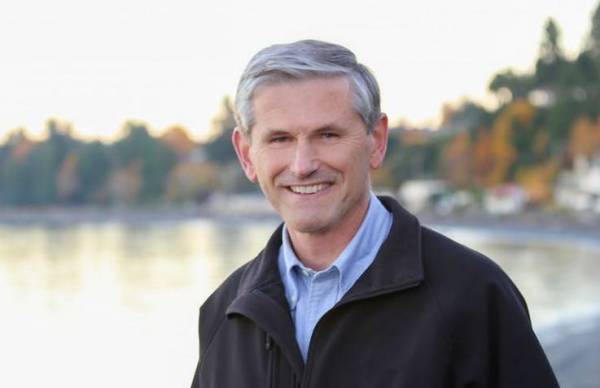 “The NDP’s housing approach is failing our most vulnerable citizens and is devastating local Yaletown businesses and neighbourhoods. Their decision to convert former motels into shelters without any onsite clinical supports is wreaking havoc on the neighbourhood,” said Wilkinson. “Vulnerable people are simply being warehoused by this government without the help they desperately need and, in turn, the local area is seeing major spikes in crime, property damage, and threats to residents and employees.”

Since this government began warehousing vulnerable populations in hotels throughout the province without the necessary onsite supports, the conditions around these shelters have deteriorated and neighbouring communities and small businesses are being left to deal with the consequences. Local Yaletown small businesses like Roxyburger, Reckless Bikes, Domino’s Pizza, and Brunch Vancouver have all seen abrupt negative impacts to their operations with staff harassed, customers feeling unsafe, and regular occurrences of property damage, thefts, and threats.

“Real supportive housing requires full wraparound supports in order to actually help people. By failing to provide the 24/7 onsite mental health, addiction, and recovery supports that at-risk populations need, the NDP government is putting vulnerable citizens at risk and local small businesses in danger,” added Thornthwaite, BC Liberal Mental Health & Addictions Critic. “By simply warehousing human beings in places that aren’t equipped to provide them with the mental health and addictions supports they need to get well, the NDP are all but guaranteeing this situation will continue to spiral out of control and solve nothing.”

Just hours after the owner of a Domino’s Pizza spoke with the Official Opposition, one of his delivery drivers was violently assaulted and had to receive medical attention.

“These small businesses are being subjected to property crime and threats of violence, all while losing customers who no longer feel safe in the area. Despite the deteriorating situation, every single owner we spoke to was full of compassion and desperately wanted to see these people properly cared for,” added Sullivan, MLA for Vancouver-False Creek. “Everyone involved wants to see positive outcomes for those suffering from mental health and addictions here in Vancouver. So why isn’t the NDP doing their job and acting on behalf of British Columbians who want to see these people helped? We deserve so much more from this government.”

“There has been no communication from BC housing or the B.C. government. The move of the homeless encampment to the area my business is located has resulted in increased crime. We have had multiple thefts, break-ins, attempted robbery, and continuous harassment of our employees. We have had to install extra security cameras, a new door security system, and GPS systems for our electric delivery bikes as they continue to be stolen. Employees have chosen not to work at this location because they are not safe.”

“What is happening now is not only scary and depressing but comes at a time when our businesses are struggling more than ever.”

“My day usually starts early when I arrive at work and begin cleaning the human feces that is left on our front door and back steps. I step over a plethora of used needles trying not to get them jabbed in my shoes as they often do. I try to talk nicely to the people using my parking space to shoot up that I need to park as I am working in the building. This is the way I begin every day.”

“My staff has a new policy that no one leaves alone as there have been several instances of violence or threats of violence towards them. Some again are questioning if they feel safe enough to work on this part of Granville since the new residents have moved in. I have spoken with many regulars that don’t feel safe coming to the street anymore as they are accosted and threatened. I have even had a few say that they are selling their places in the neighborhood because they no longer feel safe to enter and exit their homes that they have lived in for years. I feel for them and understand.”

“There will not be much left after all my staff and customers and the residents on nearby streets have been scared away.”

“There is always someone shouting or fighting on the street. We’ve only been open for a month and I’ve already seen things that I didn’t think would happen in Canada. Just last week someone shot an explosive at a passing police car. I’m concerned for my family who come to Brunch. My kids ride in on their scooters for a visit and see all of this. Our customers have to deal with it as well. Our staff has to work extra hard to try and erase the signs of these issues. I don’t even have the heart to ask them to clean up the back alley and end up doing it myself, sometimes after a 12-hour shift.

I feel like whoever made the decision to put these people downtown just wanted a quick fix and didn’t want to help the people who are suffering and certainly didn’t consider the consequences to those in the neighbourhood. Don’t get me wrong. I realize these people need help. I just don’t think putting them all together in our city’s core is the place where they will get it.”