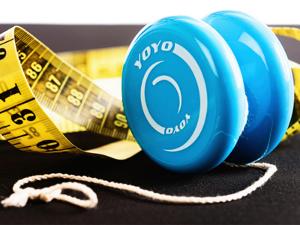 New York, Aug 4 (IANS) Repeated loss and regain of weight due to dieting or what is also called yo-yo dieting may not put you at increased risk of contracting cancer, says a new study that could be the largest of its kind.
Weight-cycling – loss and regain of body weight – is not associated with overall risk of cancer in men or women, the findings showed.
Weight-cycling is very common as those who try to lose weight often cannot maintain their weight after losing it.
The new study suggests that people trying to lose weight should be encouraged to do so even though they may regain it.
Previous studies in animals and humans had suggested that weight cycling may affect biological processes that could lead to cancer.
“This study, to our knowledge the largest and most comprehensive to date on the issue, should be reassuring,” said lead researcher Victoria Stevens, strategic director, laboratory services, American Cancer Society.
“Our findings suggest that overweight and obese individuals should not let fears about their ability to maintain weight loss keep them from trying to lose weight in the first place,” Stevens noted.
The researchers examined weight cycling and cancer among more than 132,000 men and women enrolled in a study.
The participants were men and women ages 50 to 74.
More than 25,000 participants developed cancer during 17 years of study, but the researchers found no link between weight cycling and cancer risk.
The study appeared online in the American Journal of Epidemiology.