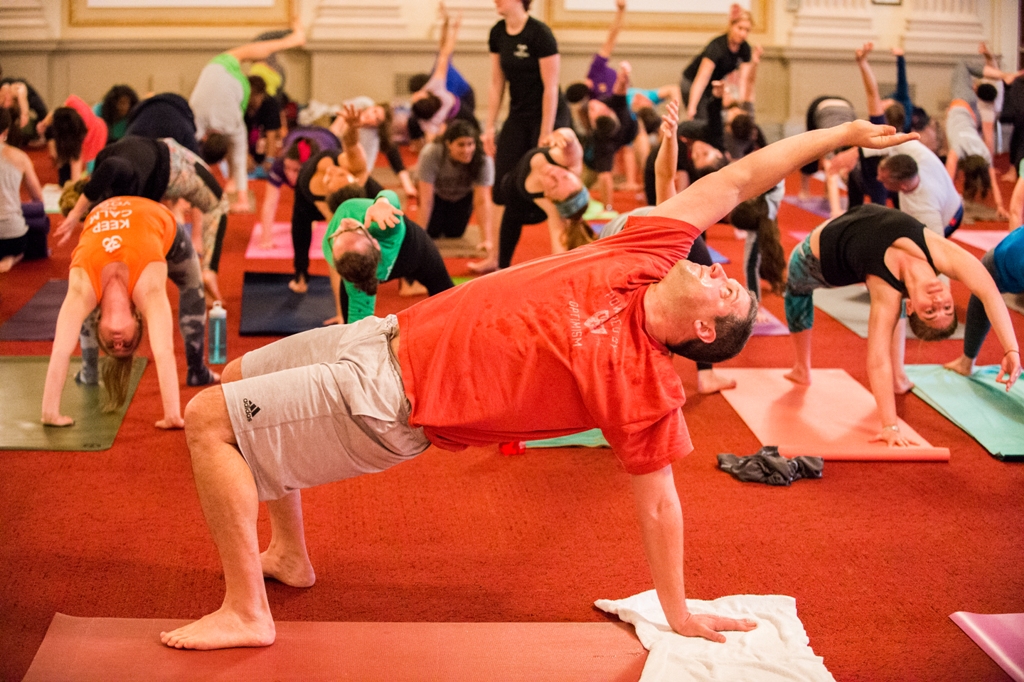 Washington, May 3 (IANS) In a curtain-raiser event for the First International Day of Yoga on June 21, the newly founded Congressional Yogi Association organized the first-ever “Yoga on the Hill” at Capitol Hill, the seat of US parliament.

Supported by the Embassy of India in Washington, the May 1 event was organized to advocate better physical and mental health for US military veterans.

The event was led by Keith Mitchell, former National Football League (NFL) pro and a celebrity yogi, who suffered a paralysing spinal injury and recovered through the practice of yoga

Around 60 Congressional officials participated in the yoga and meditation session besides senior embassy officials.

The yoga event was focused on practice of yoga as an effective tool for the physiological and physical healing of war veterans who get affected by mental illnesses upon returning from combat.

It is estimated that since the start of the war in Afghanistan in 2001, more than 100,000 combat veterans have sought help for mental illness and yoga is considered to be a form of health care support in such cases of post-traumatic stress disorder.

Lawmaker Ryan, who joined the yoga and meditation session, said: “The extremely high levels of stress Americans deal with on a daily basis is an important issue facing our country.”

“Mindfulness and the practice of yoga help to reduce stress, improve concentration, and increase feelings of well-being,” he said expressing support for the event.

Rangel said “As a Korean War Veteran, Yoga on the Hill’s mission to promote wellness among the veteran community is close to my heart”.

Lee, member of House Subcommittee on Veteran Affairs, hoped that “we will continue expanding research and access to health alternatives like yoga that improve the quality of life for our brave veterans.”

Starting with a talk by Sri Sri Ravi Shankar on ‘Nurturing Peace through Yoga and Meditation’ on April 29, the Indian Embassy here is organizing a series of events in the run-up to the International Day of Yoga on June 21.

The embassy also hosted an event at an open theatre at University of Maryland, in partnership with their student association DESI (Develop, Empower and Synergize India), Life in Yoga organization and the Art of Living Foundation.