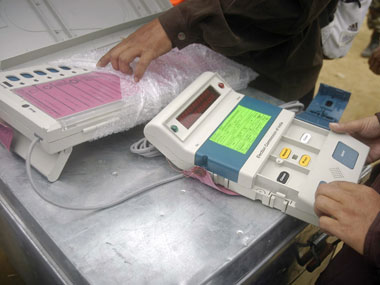 New Delhi, Jan 12 (IANS) The Supreme Court of India Monday asked the government to take steps, within eight weeks, for implementation of e-voting by NRIs after being told the government has accepted the poll panel’s recommendation to this effect.

The government has accepted both in “letter and spirit the recommendation of the Election Commission. Further steps are to be taken to implement the suggestions in eight weeks”, said a bench of Chief Justice H.L.Dattu and Justice A.K.Sikri in their order.

The order came as government Monday informed the court that it has accepted the EC report on voting by the NRIs.

Appearing for the petitioners Nagender Chindam, Naresh Kumar Hanchate and Shamsheer V.P, senior counsel Dushyant Dave told the court that the recommendation of the panel set up by the Election Commission could be carried out both by the executive order or by taking a legislative route.

At this court said: “They (government) will take the follow-up action. If it is amending the law then they will amend and if it is through an executive order then they will pass it.” It also told the government to do it “at the earliest”.

Senior counsel Meenakshi Arora, who appeared for the poll panel, told the court that for facilitating NRI voting as suggested by the expert panel would require amending the law as it at present the votes could only be exercised at the polling booth concerned.

In a related plea, the court also sought the response of the Election Commission on the facilities that could be extended to migrant workers within the country to cast their votes for the constituency where they are registered as voters from their native place.

As Arora said that they could get registered afresh as voters in the city where they are working, the counsel for petitioners said there were enormous difficulties including that of identity in getting registered as voters in a new place.

The apex court Nov 14 had asked the government to consider the report of the Committee for Exploring Feasibility of Alternative Options for Voting by Overseas Electors, set up by the poll panel, recommending electronic or proxy voting by NRIs staying overseas.

The panel had however, rejected the feasibility of NRIs voting at the diplomatic missions. It had also not favoured internet voting till appropriate technology/IT applications as well as other vulnerabilities are addressed.