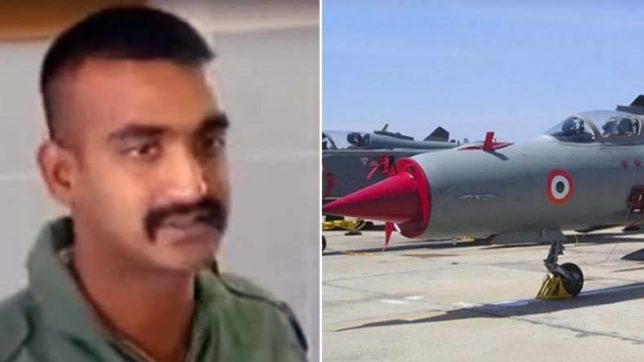 Dressed in a blue coat, grey trousers and white shirt, he was received by senior Border Security Force officers at 9.21 p.m. at Zero Line that marks the India-Pakistan land border.

While one BSF officer shook his hand, another put his arm around the pilot to escort him back into India.

“I am happy to be back home,” Abhinandan said in his first reaction after stepping into India, according to Amritsar Deputy Commissioner, Shivdular Singh Dhillon, who received the IAF pilot along with senior IAF and Border Security Force (BSF) officers.

Abhinandan was accompanied from Pakistan side by Group Captain J.D. Kurian. He was surrounded by armed troopers of the Pakistan Rangers up to the border gate.

The Wing Commander was in Pakistani captivity for over 60 hours before he walked back home through the Zero Line at the Wagah-Attari joint check-post and received by senior IAF and security officers.

Pakistani authorities kept delaying his actual return to India through the day on Friday for unexplained reasons. He was whisked from the Attari joint check post (JCP) complex under tight security cover.

Air Vice Marshall R.G.K. Kapoor told the media that the Wing Commander was “handed to us as per standard operating procedure of the Indian Air Force”.

“He will now be taken for a detailed medical check-up. The check-up is mandated particularly because the officer has had to eject from an aeroplane which would have put his entire body under great stress,” Kapoor said.

“IAF is happy to have Abhinandan back,” the Air Vice Marshal said.

Amritsar Deputy Commissioner Dhillon said that the “happiness in his (Abhinandan’s) eyes said it all” upon his return.

Dhillon said that there was no particular reason for the delay in IAF pilot’s return.

Earlier, Abhinandan was formally handed over to officials of the Indian High Commission at Wagah (in Pakistan) led by Group Captain J.D. Kurian.

He was captured in Pakistan on Wednesday (Feb 27) after his MIG-21 Bison fighter jet was shot down during an aerial dogfight near the Line of Control (LoC).

Pakistan Prime Minister Imran Khan announced on Thursday that the captured pilot will be freed as a “goodwill gesture” after New Delhi demanded his unconditional, immediate and unharmed release.