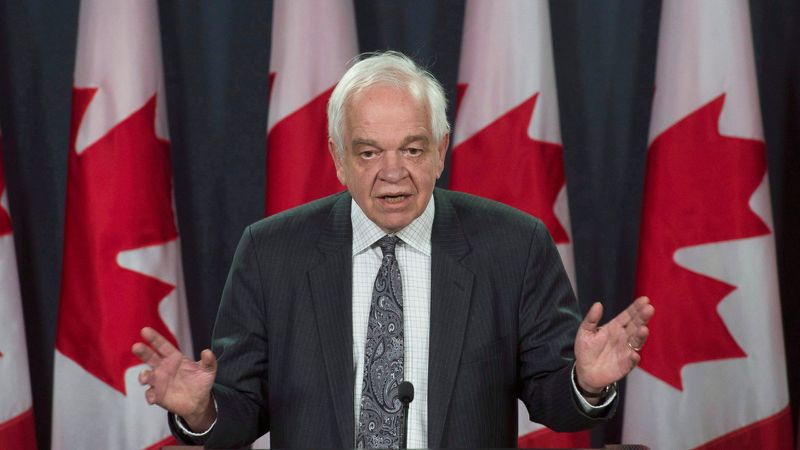 OTTAWA: The Liberals are committing to finding new ways to get Syrian refugees to Canada and into other countries as the United Nations seeks nearly half a million spaces for Syrians by the end of 2018.

But Canada did not directly pledge any more spaces at a high-level conference in Geneva on Wednesday devoted to finding new solutions for the refugee crisis.

That will come later this year, when the Liberal government intends to unveil a new approach to immigration, moving away from setting levels for a single year in favour of a plan that will cover 2017-2019.

“We will continue to pursue solutions to ensure the humanitarian treatment and resettlement of Syrian refugees,” Immigration Minister John McCallum told the conference, which included the United Nations secretary general, the high commissioner for refugees and representatives of over 90 countries.

The conference resulted in about 6,000 more spots opening up for Syrians over the coming years, bringing the current total to 185,000 worldwide.

UN High Commissioner for Refugees Filippo Grandi framed it as a “start,” saying he was also he was encouraged by commitments to open up what’s referred to as other pathways for legal migration for refugees, such as expanded family reunification programs, labour or study opportunities.

Canada pledged to explore one of those routes _ expanding an existing program that brings refugees in as post-secondary students, so they can continue their education and perhaps settle here.

World University Service of Canada, which runs the program, says this year they are bringing in over 80 Syrians to study.

“Opportunities for higher education are few and far between for refugees, but such opportunities can play a pivotal role in advancing resettlement and integration efforts,” Chris Eaton, executive director of WUSC said in a statement.

McCallum said Canada also wants the private sector more engaged in helping Syrians integrate. He said Canada will provide technical training and support to other countries to help them establish programs that will open up more spaces for the estimated 4.2 million Syrians fleeing the five-year-old civil war.

In an interview with The Canadian Press ahead of his speech, McCallum said Canada also wants to wants to work with other countries to find a way to get more people out of Syria.

Syrians still inside the country cannot be registered as refugees. The only way they can legally get out is through family reunification or economic immigration programs.

Reaching them would require working with the International Organization for Migration, in places where it is active inside Syria, as well as the co-operation of the Syrian government.

“Where they work tends to be where the Assad government is in control,” McCallum acknowledged, but said there is precedent for such a program in the Vietnamese refugee resettlement efforts of the late 1970s and early 1980s.

After Geneva, McCallum headed for Germany, one of only a handful of countries in the world with a private sponsorship system like Canada’s.

As of March 28, 26,207 Syrian refugees had arrived in Canada since November.

Only Canada, Germany and Norway have taken their “fair share” of Syrian refugees, Oxfam said Wednesday, a determination calculated by measuring the commitment to resettlement or other forms of humanitarian admissions against a country’s economy.