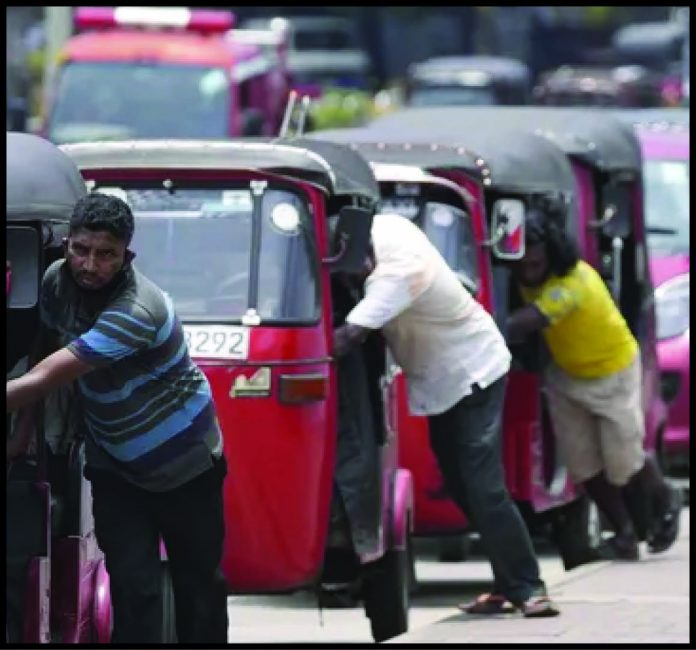 Colombo (AP): Sri Lankan Prime Minister Mahinda Rajapaksa offered Wednesday to meet with protesters occupying the entrance to the president’s office, saying he would listen to their ideas for resolving the economic, social and political crisis facing the country.
The protesters camped out for a fifth day demanding the resignation of the prime minister’s brother, President Gotabaya Rajapaksa, holding him responsible for the country’s worst economic situation in decades. They also are calling for his powerful family to leave power, accusing them of corruption and misrule.
A statement from the prime minister’s office said he is “willing to talk to’’ representatives of the protesters outside the president’s office in the capital, Colombo. Some protesters who spoke with The Associated Press rejected the prime minister’s offer. “What should happen now is as a seasoned politician, at a time when a majority in the country is rejecting him, he should not be offering to talk but should go home with his entire clan,’’ said Nuwan Kaluarachi, a teacher.
“The people’s voice is that the whole Rajapaksa family must leave,’’ said Rasika another protester who gave only one name. “Let’s take our money back and send them to jail.’’
Sri Lankans in recent months have endured fuel and food shortages and daily power outages. Most of those items are paid for in hard currency, but Sri Lanka is on the brink of bankruptcy, saddled with dwindling foreign reserves and $25 billion in foreign debt due for repayment over the next five years. Nearly $7 billion is due this year.