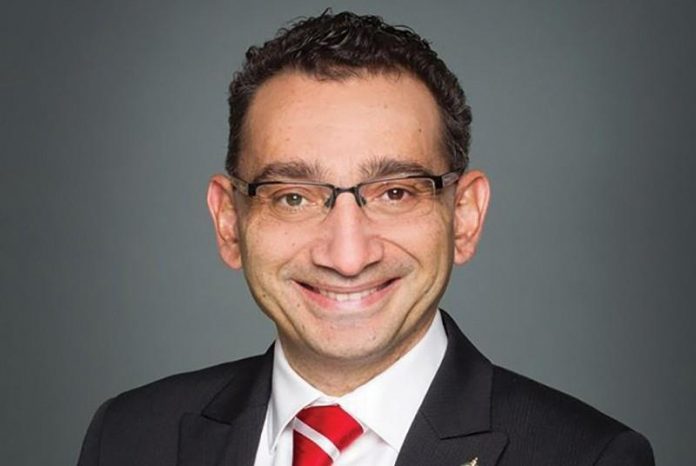 Ottawa: Transport Minister Omar Alghabra says he cannot yet commit to a date _ or COVID-19 vaccination rate benchmarks _ for when so-called vaccine passports will allow Canada to ease travel restrictions.
Speaking at a virtual news conference Thursday, Alghabra said decisions around hotel quarantines for air passengers and the eventual reopening of the border will hinge on expert advice and unspecified criteria tied to the pandemic.
“These decisions will depend on public health, will depend on data and evidence. At this moment I can’t give you a specific date,’’ he told reporters.
“We’re going to have all of these measures and all of these thresholds outlined in detail when we feel it’s time to do so.’’
The travel and aviation sectors will take off again “when it’s safe,’’ he added.
Alghabra has stressed the need for a “common platform’’ to identify travellers’ vaccination status, saying Thursday he is working with G7 countries and the European Union to integrate vaccine certification into international travel in the months ahead.
The EU agreed Wednesday to a plan that would allow fully vaccinated travellers to visit the 27-nation bloc, as well as relax restrictions for all travel from some other countries that are deemed COVID-19-safe. A date remains to be set, however.
The move prompted Canada’s largest airlines to renew their call for a clear plan from Ottawa on resuming international travel.
Mike McNaney, who heads the National Airlines Council of Canada, lauded the EU for its “science-based approach’’ and demanded a similar blueprint from Ottawa, saying Wednesday the federal government should state when it will adjust travel restrictions for inoculated visitors.
Like EU nations, Canada has struggled to prop up an aviation and tourism sector battered by measures that include travel advisories and a 14-month border shutdown.
Fewer than 29,000 travellers arrived in Canada by plane the week of April 26 to May 2, in contrast to the 688,000 passengers who streamed in during a comparable time period two years earlier, according to the Canada Border Services Agency. The difference amounts to a 96 per cent drop in air travellers.
Numerous jurisdictions have tied reopening plans to vaccination benchmarks, though travel components of those plans can remain elusive.
Across the border, Michigan Gov. Gretchen Whitmer announced a regime last month that links the rollback of coronavirus rules to the state’s vaccination rate. The phased plan will scrap indoor capacity limits at restaurants after 65 per cent of the population is vaccinated and lift the face-mask order at 70 per cent.
In Germany, the health minister has said the country aims to unveil a digital immunity certificate before July. The certificate would be stored in an app and, the government hopes, be made compatible with the EU’s vaccine certification platform, still under development.
Alghabra stressed Prime Minister Justin Trudeau’s talking point of a “one-dose summer’’ and “two-dose fall,’’ which is when the transport minister “can see restarting ? some of the activities.’’
“We could get ahead of ourselves. We don’t want to do that. But I want you to know that that work is being done right now,’’ he said of benchmarks and border restrictions.
“As we’ve seen from COVID, things change very quickly ? We’re still grappling with the third
wave.’’

By Christopher Reynolds
The Canadian Press