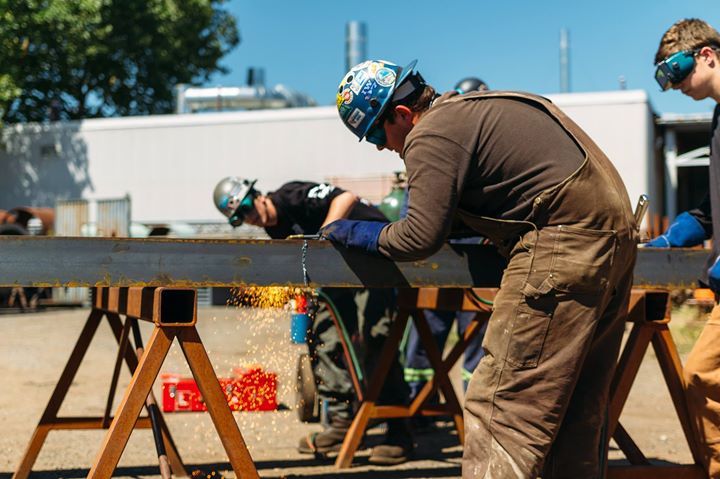 Vancouver: Looking for a career change? British Columbia is working to make a career in a skilled trade an easy choice in 2016.

The skilled trades provide good careers that are rewarding and pay well. Former apprenticeship students from public training institutions in B.C. earned a median hourly wage of $28 in 2014 compared to the provincial median wage of $22.

A wide range of trades training programs from aircraft maintenance to metal fabrication to heavy-duty equipment mechanics are available in B.C. and, as the 2024 Labour Market Outlook shows, many trades are among the top 100 occupations projected to be in high demand over the next decade.

Government is investing in trades training as part of B.C.’s Skills for Jobs Blueprint, which is aligning investments in education and training with high-demand occupations, including the trades.

Students in B.C. expect the latest technology and best equipment when they are learning a trade. That is why government has provided $17 million over the last two years to 14 public institutions toward purchasing new trades training equipment.

And, in fall 2015, government added 50 new open textbooks focused on skills training and technical areas, including trades, which students can access at no charge. More than 120 textbooks are available through the provincial Open Textbook Project.

The B.C. Access Grant for Labour Market Priorities allows students to fund their trades training, and includes a component for students wishing to relocate to attend an eligible public institution. Students may receive up to $16,400 in non-repayable funding to study in-demand foundation trades programs. Since announcing the grant in September 2014, approximately $5.3 million has been distributed to more than 1,200 students.

B.C. students are ready to benefit from the opportunities the trades can provide. For example:

Andrew Wilkinson, Minister of Advanced Education said, “Our government is investing in trades training so that students can continue to receive the best instruction, equipment and facilities. We invest in skilled-trades training to ensure that students graduate with the job-ready skills they need for a well-paying career.”

Shirley Bond, Minister of Jobs, Tourism and Skills Training and Minister Responsible for Labour said, “We launched B.C.’s Skills for Jobs Blueprint to re-engineer our education and training systems so British Columbians have the skills and training they need to take advantage of the job openings in our province’s diverse, strong and growing economy. B.C.’s post-secondary system has been instrumental in helping us achieving our Blueprint goals.”