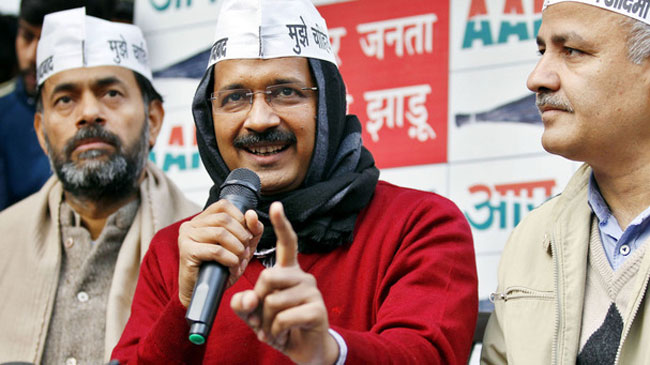 New Delhi, Feb 3 (IANS) With three days left for the Delhi assembly elections, the TG-CICERO opinion poll projected the Aam Aadmi Party (AAP) getting the highest number of seats (between 38- 46 seats) and the BJP between 19-25 seats in the 70-member house.

The Delhi elections are on Feb 7 and results would be out on Feb 10.