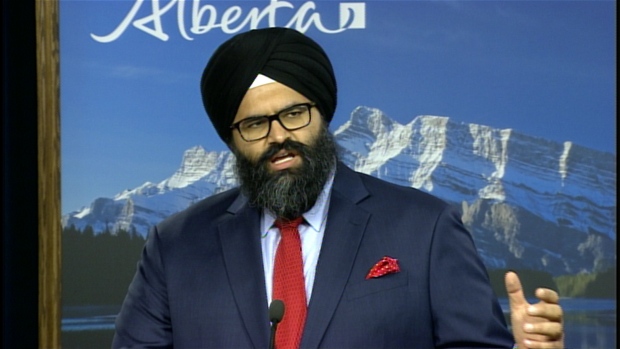 Toronto, Nov 24 (IANS) Manmeet Bhullar, a former minister in Canada’s Alberta province who at the age of 28 became the youngest Indian Canadian to get elected as an MLA, was killed in a road accident near Red Deer city.

Bhullar, 35, who was a sitting Calgary MLA, died when he was hit by a vehicle on Queen Elizabeth II Highway on Monday. He was on his way from Calgary to Edmonton.

According to reports, Bhullar and another vehicle stopped on the highway near Red Deer to help passengers of a vehicle that had skidded off the icy highway and rolled into the median.

Bhullar was standing outside his vehicle when another passing vehicle lost control and struck the median and hit him.

Bhullar was rushed to a hospital where he succumbed to his injuries.

Mourning his death, Alberta Premier Rachel Notley said: “We have lost our colleague, Calgary-Greenway has lost a friend and effective voice in the legislature, and most of all, we have all lost a passionate advocate for Alberta.”

“All Albertans should be proud of his significant contributions to public life,” he said.

Calgary Mayor Naheed Nenshi said he was “utterly gutted” by the news.

In a statement, Nenshi said : “He was a powerful community advocate from a young age and first elected to the Alberta legislature at 28. He was brave and unrelenting in his role, particularly when it came to forcefully advocating for children in care — the least powerful people in our society.”

After his election as an MLA from Calgary at the age of 28 when he was still a law student, Bhullar was appointed parliamentary assistant in Advanced Education by his Premier Ed Stelmach.

In 2011, he was appointed Minister of Service Alberta.

Bhullar was re-elected in 2012, and in 2013 he was elevated as Minister of Human Services.