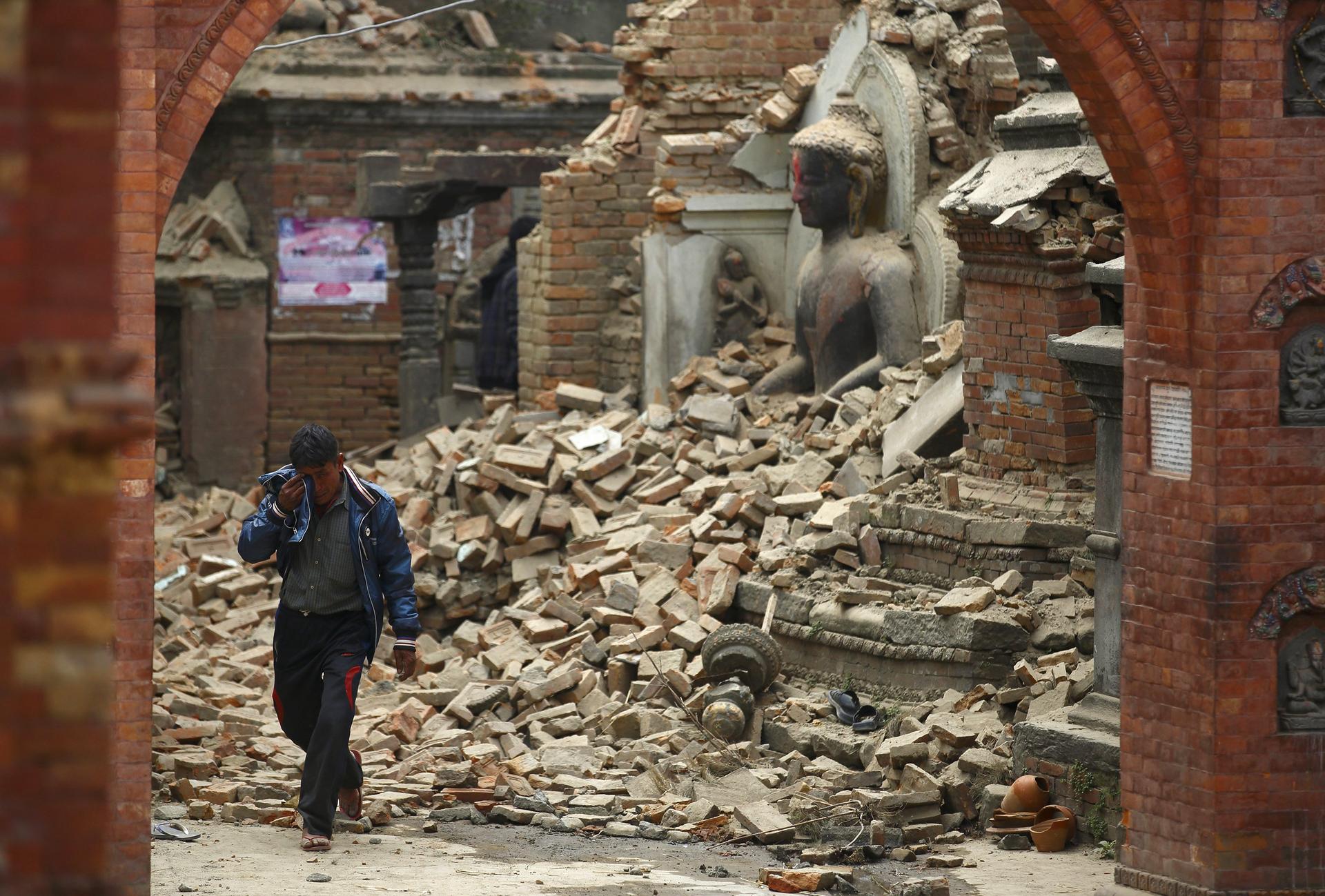 The earthquake has left nearly 4,000 people dead and thousands injured

Kathmandu, April 27 (IANS) Disaffection mounted in Nepal on Monday as people hit hard by the country’s worst earthquake in 81 years alleged poor relief and rescue work, a point frankly admitted to by officials.
Prime Minister Sushil Koirala told a meeting of political parties here that poor infrastructure and lack of expertise had rendered the post-quake operations ineffective.
The “rescue, relief and search operations have not been effective”, he said. “The lack of development in institutions has had a severe impact in calamities management so that we couldn’t make it happen as we thought.
“The government was receiving requests for food and other items from all over Nepal,” he said, admitting to the ineffective response due to lack of logistics.
On Monday, a group of people sheltered in the premises of the Constituent Assembly staged a noisy protest while confronting policemen, demanding the supply food and drinking water.
Amid the protest, some women cooked noodles for their children in the open. “Shops are shut. This is the last food item I have. We are suffering due to lack of food and water,” Rama Sharma told IANS.
Others afraid of returning to their homes because of continuing aftershocks since Saturday’s devastating 7.9 magnitude temblor complained about shortage of tents.
“No one has come to ask about what relief material we need,” complained Dhana Shrestha, who owns a big building in the heart of Kathmandu but who too is living in a tent over the past two days.
“We have heard that a lot of foreign aid is pouring in,” a visibly upset Shrestha said. “If the government cannot provide these material, why is it called a government?”
This IANS journalist and some of his colleagues received SMSes from people complaining they were not getting adequate assistance from the government.
The earthquake has left nearly 4,000 people dead and thousands injured and caused widespread destruction.
According to Nepal Army, people in 19 places in Kathmandu were still waiting for rescue work to begin.
“People in these areas are calling us for rescue but we have not been able to so that due to several reasons,” said army spokesman General Jagadish Chandra Pokhrel.
Another army officer admitted that heavy equipment would not be able to enter many of the narrow lanes of Kathmandu where destruction to property has been heavy.
Officials here admitted that several districts outside Kathmandu were complaining that they were not getting relief material and adequate rescue work had not started.
The power outages have also crippled ATMs, the central Nepal Rashtra Bank said. The few functional ATMs saw long queues of people.
On Monday, the Nepal Electricity Authority said power outages would end in four days.
The chairman of the Nepal Bankers Association, Upendra Poudyal, said banks were trying to resume services. Some private banks opened on Monday.
Officials say that some 4,000 houses in Kathmandu were destroyed and around 11,000 had developed cracks. About 7,000 houses were also partially damaged. Kathmandu is home to over four million people.
If all this wasn’t enough, doctors warned of epidemics breaking out, triggering mass movement out of Kathmandu. Faced with lack of vehicles, a large number of people were seen perched on the roofs of buses.
There is serious shortage of wood to cremate the dead at the famed Pashupatinath temple premises on the bank of Bagmati river. The temple is seeking wood from outside the capital.