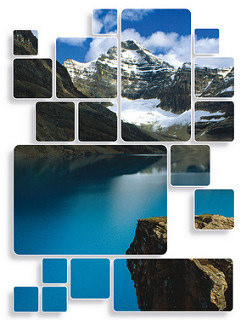 Victoria: The initial results of B.C.’s Climate Leadership Plan survey are in, and 92% of participants agree that climate change is a serious issue.
As the leading climate action priority, almost half of the respondents said the cost of climate change should be considered when making important decisions.
Using clean transportation to move people and goods was identified as the next important step in meeting the province’s short-term emission reduction targets.
Focusing on community design to minimize energy use and travel, and include more low-carbon buildings was selected as a key priority in meeting long-term climate action goals.
Building a strong economy where jobs are created and greenhouse gas emissions are reduced was seen as important in meeting both short and long term climate action goals.
The survey and accompanying discussion paper were designed to bring forward British Columbians’ ideas and values to help form a new climate action plan. In addition to 5,973 completed surveys, government also received over 200 detailed written submissions and more than 300 template letters.
A draft of B.C.’s new Climate Leadership Plan – informed by public, stakeholder and First Nations input, as well as recommendations from the Climate Leadership Team – will be released in December for public comment.
The Province will release the final Climate Leadership Plan in the spring of 2016.

Quote:
Mary Polak, Minister of Environment –
“As we near the next round of public consultation, I am encouraged to see the passion British Columbians have for increasing climate actions to drive down emissions while supporting a growing economy. We are now creating a draft plan with this public feedback and recommendations from the Climate Leadership Team in mind. I look forward to taking this draft to Paris, alongside Premier Clark, for the COP 21 climate change conference in December.”

Jordan Sturdy, Parliamentary Secretary for Energy Literacy and the Environment –
“British Columbians are playing a key role in the development of the province’s new Climate Leadership Plan. It is important to have the public’s input on the next phase of climate action in B.C. as this plan will help shape how we live, travel and work for decades to come. I encourage everyone to learn more about the public engagement process coming up in December as we move toward a final Climate Leadership Plan next spring.”