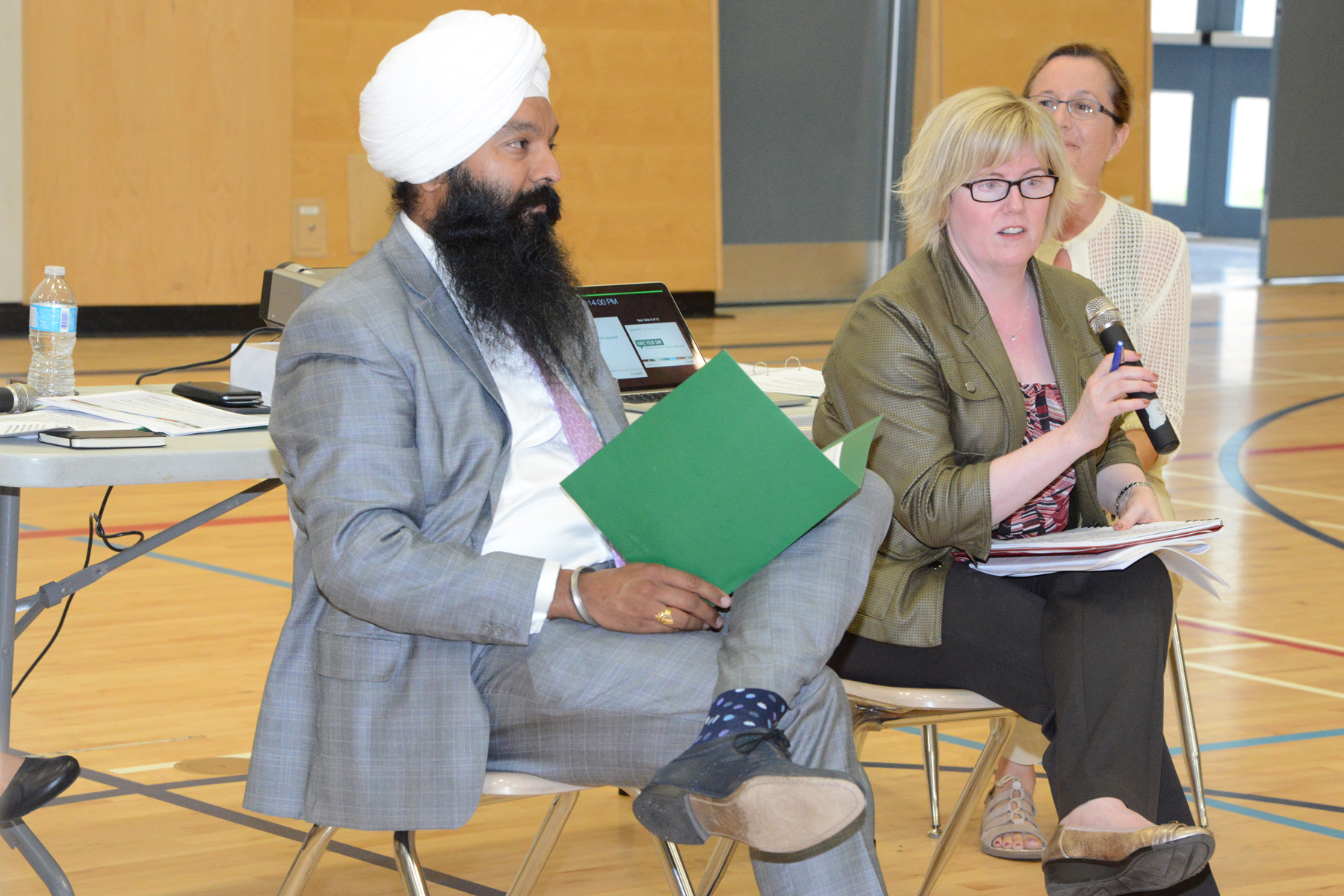 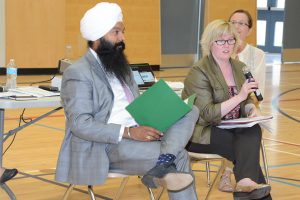 Surrey: There’s a series of consultations underway across Canada in fulfillment of election promises to seek feedback from Canadians on Climate Change and Environmental Protection, Defense, and Electoral Reform.

This past week, Carla Qualtrough the MP for Delta and Randeep Sarai, MP for Surrey Centre, brought their ridings together to hear what their constituents had to say. The discussion points were five questions concerning climate change and environmental protection, including emissions reductions:

Personal experiences with the impacts of climate change; what governments, businesses and communities can implement to reduce greenhouse gases; reduce emissions while growing the economy and jobs; promoting innovation and new technologies that reduce emissions; how Canada can better adapt to climate change and support both affected indigenous and mainstream communities.

The information from the Town Hall meetings will form a report that will be available on Environment Canada’s website, and feed into the decision making process on the problem.

Participant Deb Jack of Surrey clearly framed the issue, “Climate change is not just one of our greatest challenges. It is the greatest challenge the human race has to face. Everything else is subordinate to this issue.” 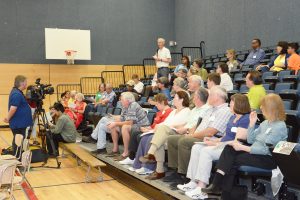 The following is a sampling of the comments and discussion around the questions:
• A number of presenters felt that energy was still not expensive enough to encourage people to be more efficient. The only viable option said one, is to raise the price of fossil fuels to reduce the use of cars. Increased costs will encourage growth of industries such as solar energy technologies and put taxes from carbon toward public transit.
• The number of gas powered cars should be reduced or require all vehicles be electric and a much greater investment should be made in transit, to reduce use of passenger vehicles. The caveat was that transit must be much more accessible and affordable by the lower and middle-income levels.
• European programs should be investigated and adopted such as one speaker said Frankfurt, Munich & Hamburg had voted to buy back their utility companies. This was to develop green policies from the polluting policies that typified the corporate utility. Further, Munich had all their public transit and homes powered by alternate energy. The plan is that the whole city, including industry will be powered by alternate energy by 2050.
• Port Metro Vancouver, it’s mandate and it’s commercial activities came under criticism due to its plans to trans-ship thermal coal, and beyond that several argued that the mining and use of thermal coal be banned altogether.
• One participant called for the reduction of fossil fuel extraction. “I don’t care what it costs or what it’s worth, leave the oil in the ground. Stop LNG and no more pipelines. Build better railroads to carry other cargo.” He also wanted to see research into ocean de-acidification caused by CO2 and a halt to the Site C Dam generating electricity to compress natural gas.

Liza Olsen of Burns Bog Society stated the cheapest and most efficient way to reduce carbon is by protecting the peat lands. Canada has 20% of the worlds peat lands which store ten times more carbon than our forests or tropical rainforests. Disturbing them through development risks the reduction of the bog’s sequestration capabilities and may result in the release of greenhouse gases.

Use of technologies and on-going development:

Several people spoke about the use of technology to counter climate change including:
• Greater user of electric vehicles.
• All buildings become their own power generators through solar panels
• Excess power would be sold to the grid and bought back as needed
• Geothermal be more widely used leading to major job and industrial sector growth
• Replace incandescent and fluorescent lights with LED lights
• Provide free parking at transit park and ride lots to encourage ridership
• Revive and/or upgrade grant programs with substantial funds to: upgrade windows, insulation for heating systems and air conditioning, encompass solar panel installation, utilize better (on demand) water heating systems than the customary tank, and more efficient furnaces than those currently in general use. This would all provide substantial manufacturing and installation work.

Surrey Councillor Mike Starchuk reported that by 2017 all green waste picked up on the side of the road will go to a plant in Port Kells. This will capture the methane to fuel the trucks, and for the District Energy System we’ve built into the city core centre. The District Energy System will distribute thermal energy, in the form of heated or cooled water, through a network of pipes to provide heating and cooling to City Centre Library, the new Surrey City Hall and other buildings in the City Centre and will conserve energy through improved efficiency over conventional systems and help reduce harmful greenhouse gas emissions. In another energy saving measure, all lights will be changed for LEDs within the next five years. This will result in huge savings in energy.

A number of speakers suggested that both the research and the solutions are already available and should be acted upon now. Surrey Councillor Mike Starchuk cautioned against moving too quickly.

“The questions asked here are good questions and I know that some people want to see action now, but I believe that you want to take your time and make the best decision rather than a quick decision that turns out to be poor. I know these questions will go to the city’s Environmental Sustainability Advisory Committee, to provide feedback for you. But I also think there are many such committees throughout the entire country that should have the opportunity to answer these five questions.”

Laura Dixon Delta Board of Education Chair, said, “Many kids are absolutely passionate about their future and they’re doing a lot of good work at our district and other districts with respect to awareness around their environment and climate change so we have a lot of hope in this next generation.”

She said the hard part will be for school boards to acquire the right equipment to help with the stem academics that the students will need along with some investment in the types of classrooms that will equip them for the future.

“I’m also seeing longer range as jobs shift from a resource extraction economy into a green economy and the green jobs of the future,” Dixon said. “We also have the mandate for adult education and will need assistance to help shift the population in terms of new skills and technologies. So School Boards need to be a part of the equation across Canada.”

Feedback on the questions may be sent to letstalkclimatechange.ca