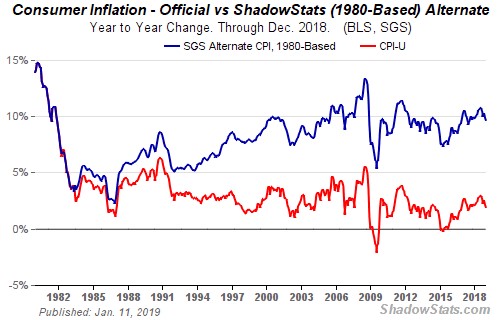 In Canada, our government’s policies have helped create financial distress for almost half of our country’s working middle-class. A survey done in September of 2017 by the Canadian Payroll Association found 47 per cent of respondents saying it would be difficult to meet their financial obligations if their paycheques were delayed by even one week. This has obvious impacts, including the hostility both the federal and provincial governments are receiving to any new taxes, such as the carbon tax.

After some research, I conclude that wage suppression is the reason most Canadians are struggling. The Consumer Price Index (CPI) has been modified over the last four decades. This modified CPI is used to justify a whole gamut of policies, including keeping wage increases low and giving governments bragging rights about how low annual inflation is.

But modifying the CPI does nothing to change the fact that the cost of food, gas and housing has skyrocketed over the last 20 years while Canadians’ take-home pay has stagnated. It also gives government free reign to indulge in bracket creep so those families that are making five or even six figures a year are taxed as if they are doing really well, whereas in reality, many are struggling, especially if they live in areas like Victoria or the Lower Mainland.

A consumer price index measures changes in the price level of a market basket of consumer goods and services purchased by households. Essentially, the manner in which the CPI was calculated was changed in 1980 and again in 1990. So, if we had measured CPI the same way as we did prior to 1980, look at the difference: 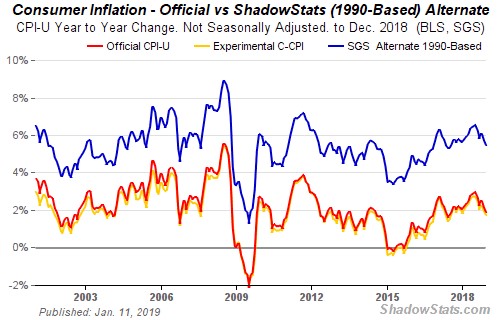 So instead of a CPI of roughly between zero and 10 percent over the last almost 40 years, we instead see a CPI that was actually between five and 10 percent per year. That is why even those fortunate enough to get cost of living adjustments have been finding their after-tax dollars getting stretched thinner and thinner.

But wait! It gets even more painful for Canada’s working class. The way the CPI was calculated in 1990 was then further adjusted to again show very modest increases in the CPI for each year since. But again, look at the difference if we overlay CPI based on the 1980 adjusted methodology with the 1990 adjusted methodology and apply it to the CPI rates since 2000:

By “modifying” the manner in which the CPI was calculated, it was underreported by about four per cent a year from 1980 to 1990 and by about eight per cent per year thereafter.

Rather than piling on more taxes and reaping the benefits of income tax bracket creep, the federal government needs to recognize the serious damage done to our nation’s middle and working classes and with it the damage done to the social and economic fabric of our society.

We need a major wage readjustment in which workers are paid a living wage and young people can actually afford to have kids and raise a family. After all, without young people, our nation literally has no future. Above all, the media and government need to stop treating the CPI as if it were an accurate standin for the real inflation rate in our country.