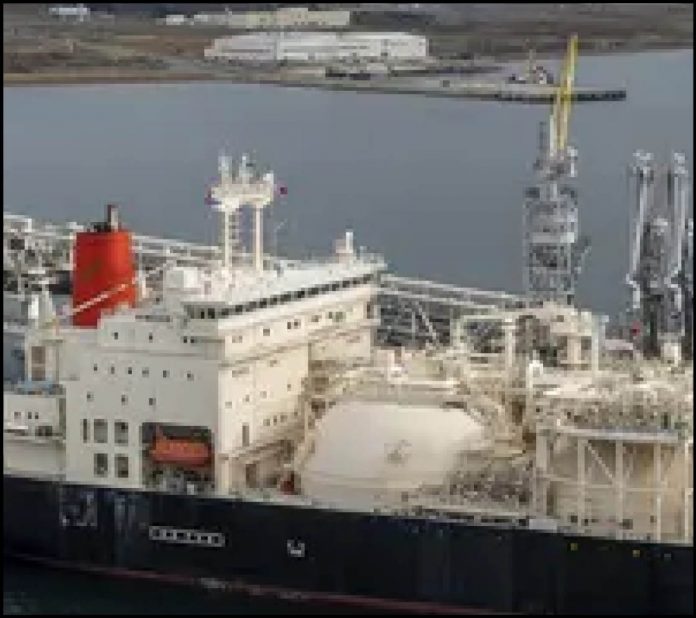 Pokrovsk (AP): Russia opened a new front in its war over Ukraine on Wednesday, deciding to shut off gas to two European Union nations that staunchly back Kyiv, a dramatic escalation in a conflict that is increasingly becoming a wider battle with the West.
One day after the United States and other Western allies vowed to speed more and better military supplies to Ukraine, the Kremlin upped the ante, using its most essential export as leverage. European gas prices shot up on the news, which the European Union commission’s president called an attempt at “blackmail.’’
The escalation came in a memo from state-controlled Russian giant Gazprom, which said it had cut natural gas deliveries to Poland and Bulgaria because they refused to pay in Russian rubles, as President Vladimir Putin had demanded. The company said it had not received any payment since the beginning of the month.
On the ground too, there were fears the war could spill over Ukraine’s borders. For the second day, explosions rocked the separatist region of Trans-Dniester Tuesday in neighboring Moldova, knocking out two powerful radio antennas. No one claimed responsibility for the attacks, but Ukraine all but blamed Russia.
And a Russian missile hit a strategic railroad bridge linking Ukraine’s Odesa port region to neighboring Romania, a NATO member, Ukrainian authorities said.
Just across the border in Russia, an ammunition depot in the Belgorod region was burning early Wednesday after several explosions were heard, the governor, Vyacheslav Gladkov, said on the messaging app Telegram.
Gazprom’s decision to cut gas to two European countries was another dark turn in the war, which has revived the geopolitical rifts of the Cold War and had an immediate impact. European gas prices spiked by as much as 24%.
Fatih Birol, the executive director of the Paris-based International Energy Agency, called the move a “weaponization of energy supplies’’ in a tweet.
“Gazprom’s move to completely shut off gas supplies to Poland is yet another sign of Russia’s politicization of existing agreements & will only accelerate European efforts to move away from Russian energy supplies,’’ he wrote.
EU Commission President Ursula von der Leyen called the move “yet another attempt by Russia to use gas as an instrument of blackmail. This is unjustified and unacceptable.’’
On Tuesday, the U.S. defense chief urged Ukraine’s allies to “move at the speed of war’’ to get more and heavier weapons to Kyiv as Russian forces rained fire on eastern and southern Ukraine.
Poland, a historical rival of Russia, has been a major gateway for the delivery of weapons to Ukraine and confirmed this week that it is sending the country tanks. It said it was well prepared for Wednesday’s gas cutoff.

By Yesica Fisch and Jon Gambrell