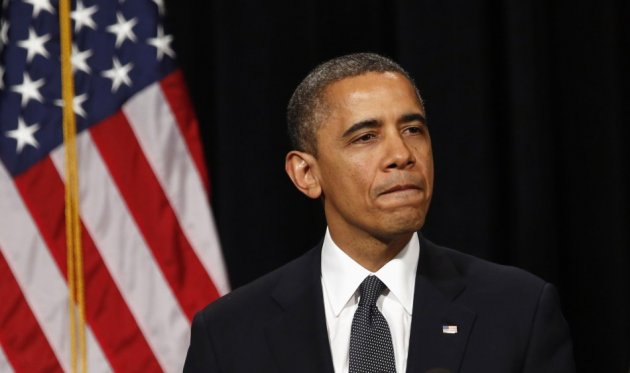 Thursday’s House vote in the wake of the deadly terrorist attacks on Paris was 289-137, with 47 Democrats joining 242 Republicans in favour of the bill, just nine votes short of a two-thirds majority needed to override Obama’s veto. It also faces an uncertain future in the Senate, where Democrat Minority Leader Harry Reid said he will try to block the bill. But the high number of Democrats voting for the bill was worrisome for the White House.

The administration’s veto threat “baffles me,” Republican House speaker Paul Ryan said, “especially given the fact that his own law enforcement top officials came to Congress and testified that there are gaps in this refugee programme.”

Meanwhile, Republican presidential candidate Ben Carson Thursday praised the House for passing a bill that could limit the intake of Syrian refugees, calling it a positive step. During a campaign stop in Alabama earlier, he compared safeguarding Americans from Islamic terrorists who may sneak into the country as refugees to parents protecting their children from rabid dogs.

“If there’s a rabid dog running around in your neighborhood, you’re probably not going to assume something good about that dog,” Carson said. “And you’re probably going to put your children out of the way. That doesn’t mean that you hate all dogs.”

Republican frontrunner Donald Trump Thursday would not rule out requiring all Muslims living in the US to register in a national database to protect the country against terrorism.

Trump, who also said this week that he would consider shutting down mosques, said in an interview with Yahoo News published Thursday that “we’re going to have to look at a lot of things very closely” when asked about a national database for Muslims.

Trump also slammed Democratic frontrunner Hillary Clinton for not labeling the terrorist threat the US faces as “radical Islam.” In a separate interview, Trump called Democratic presidential candidate Bernie Sanders as a communist.

“I think he’s a communist. I think he’s actually a communist with a socialistic bent,” Trump told Yahoo News. “Anybody that would say that the Paris attacks were caused by global warming, there’s something missing.”

Clinton, on her part has called for more allied planes, more airstrikes and a “broader target set”-though no large-scale mobilisation of US ground troops-to combat the Islamic State in Iraq and Syria.

In a speech Thursday at the Council on Foreign Relations in New York she urged Congress to approve a new authorization of the use of military force against ISIS.

Doing so would signal “that the US is committed to this fight. The time for delay is over. We should get this done,” she said.

In a shot at Republicans who have criticised her for not using the phrase, Clinton said that denouncing “radical Islamic terrorism” amounts to giving “these criminals, these murderers, more standing than they deserve.”