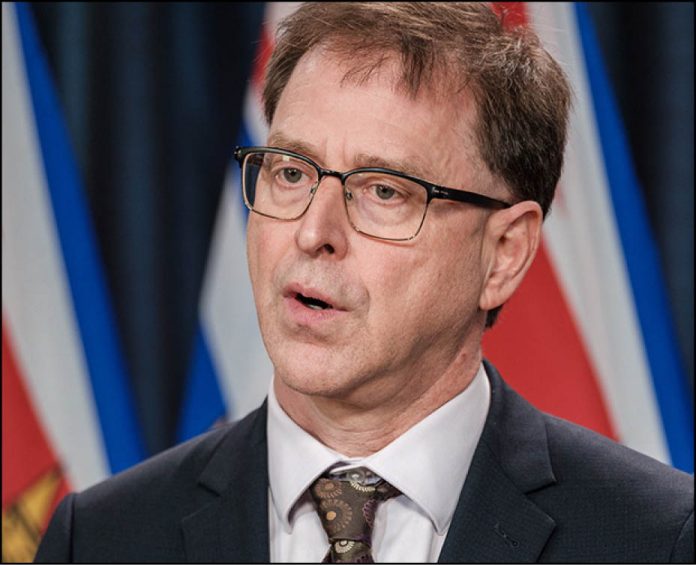 Victoria: British Columbia has almost caught up with the backlog of surgeries from the pandemic and weather events while it sets new targets to whittle down the existing waiting lists, says the province’s health minister.
Adrian Dix said the whole system had performed exceptionally well, considering the circumstances of the pandemic and last year’s weather events.
“The word to use to describe our Year 2 performance is the same word used to describe our Year 1 performance: stunning,’’ he told a news conference Wednesday.
However, nurses and some doctors who perform what are classified as elective surgeries, said the push to wipe out the backlog has led to worker burnout, while the delay for procedures like hip and knee replacement has stretched into years.
The province had completed 99.8 per cent of surgeries that were postponed up to the fifth wave of COVID-19 and weather events such as the heat wave and floods last year, he said.
More than 52,000 urgent scheduled surgeries were completed last year, while another 72,549 unscheduled procedures were performed because Dix said the government greatly increased operating room hours.
In May 2020, Dix said about 30,000 non-urgent scheduled surgeries had been postponed because of the pandemic.
Aman Grewal, president of the BC Nurses Union, said more surgeries were being added to waiting lists even while previous backlogs were being wiped out.
It’s a “perpetual list’’ that has urgent, critical and elective surgeries added to it, which is burning out nurses who’ve been dealing with an onslaught of patients from COVID-19, the overdose crisis and weather events, she said.
“There’s still people waiting on the surgical wait-lists and so the impact of that, trying to catch up, is absolutely something that we understand and needs to happen. But you know, (the system) is on the brink ofbeing in collapse,’’ Grewal said.
“Our nurses and health-care workers are burning out, they’re tired. They’ve been working around the clock.’’
Dr. Cassandra Lane Dielwart, president of the British Columbia Orthopaedic Association, which represents about 170 surgeons, said the government can’t be patting itself on the back because bone-related surgeries are still seeing backlogs.
“We are not caught up,’’ she said.
“Not all surgery is created equal. Orthopedic was hit harder when it comes to surgical shutdowns because it’s viewed as an
elective.’’
Apart from the more known hip and knee replacement surgeries, orthopedics also involves sports and trauma procedures, Dielwart said.
There are not enough beds, nursing staff or doctors to catch up and the waiting list for most orthopedic surgeries in some places is about two years, she said.
To get a clearer number of patients on waiting lists, Dielwart said the government should give data by department or specialty.
“Even separating the data from individual hospitals or health authorities would be helpful because if a certain hospital is working fine, well, those funds and resources might go elsewhere to places that are really struggling.’’
Both Dielwart and Grewal noted the burnout among staff.
Dix said 400 nurses and 100 technicians had received training under the surgical renewal program to bolster staffing.
The province is also working to hire specialty nurses, anesthesiologists, surgeons and other staff to sustain the health-care system and ease the workloads for current workers, he said.
Grewal said nurses are working a “significant amount’’ of overtime along with caring for a higher number of patients than usual.
A general surgical unit would usually have one nurse for four patients, she said.
“But because of the shortages right now we are seeing one nurse to seven or eight patients, so their workload has increased a lot,’’ Grewal said.
Nurses are sometimes going up to 16 hours without a break because of the work overload, she added. A number of nurses have left the health-care system because of long hours and demands, she added.
“How are you going to sustain the system? You need nurses to be able to provide the care necessary to take care of these patients.’’

By Hina Alam in Vancouver