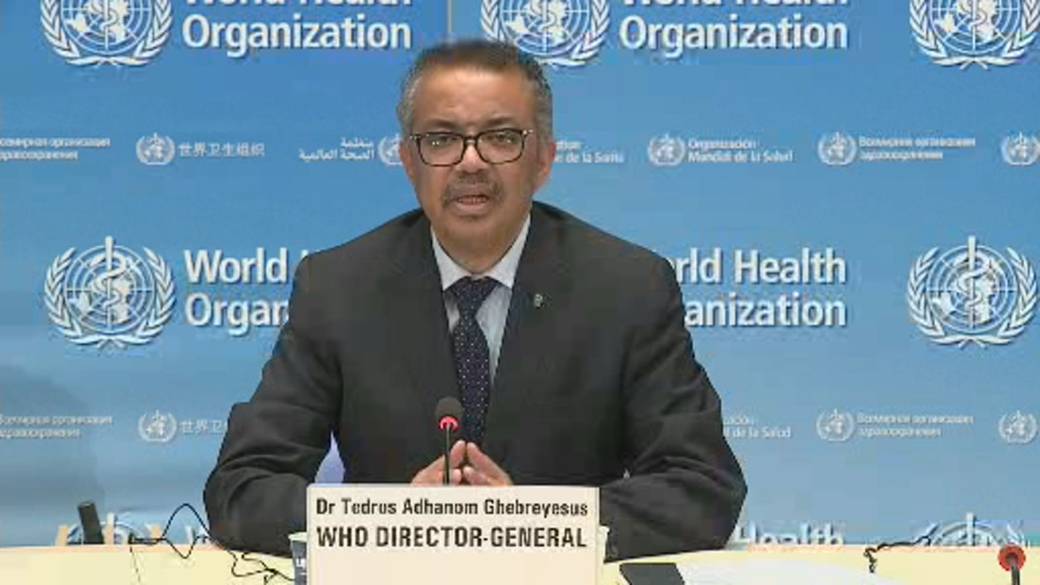 Ottawa: The European Union is planning a major pledging conference early next month to help fill the World Health Organization’s funding gaps, and it expects Canada to play a key role.
Brice de Schietere, the EU’s acting ambassador to Canada, says the event was being planned before U.S. President Donald Trump announced last week he would pause WHO funding because of concerns that it mismanaged the early outbreak of the novel coronavirus.
De Schietere told The Canadian Press that no one wants to politicize the May 4 event but the effort to find a vaccine and fund the research needed to end the global pandemic means raising money to help the UN agency is more important than ever.
De Schietere, the charge d’affaires at the EU delegation’s Ottawa office, said the Canada-EU trade deal will play a key role in helping the post-pandemic economic recovery, as well as keeping essential medical supply chains open.
And he said Canada and the EU are co-operating closely to control the spread of misinformation about the pandemic, which he said has resulted in more than 120 fake news stories that are aimed at undermining the European response to the crisis.
De Schietere steered clear of mentioning Trump directly, but he emphasized that Canada is the EU’s closest partner in the world right now, and that their transatlantic alliance is focused on bolstering the multilateral trade, health and political organizations to battle the pandemic.
Trump has regularly derided or otherwise targeted a host of international organizations, from the G7, NATO, the World Trade Organization to, most recently, the WHO, which he has accused of going soft on China and allowing it to cover up the early impact of the pandemic.
The pledging conference will also include the Bill and Melinda Gates Foundation, the Coalition for Epidemic Preparedness Innovations, the Wellcome Trust, the World Bank, Unitaid a Swiss-based non-profit health organization _ and Gavi, the Vaccine Alliance.
“It is precisely in times like these that we need to have more solidarity. Global co-operation is more critical than ever and the responses we have had, notably from Canada, have always been very positive in this direction,” said de Schietere.
“At the present time, we are not in that state of mind of making any kind of finger-pointing or politicization of the issue. We have regretted, and this has been expressed on several occasions by EU leaders, the decision coming from the United States to suspend the funding to the WHO,” he added.
“For us, what’s important is to have global co-operation and solidarity and we need the multilateral institutions to do it. It is the only effective and viable option we can take to win this battle.”
European Commission President Ursula von der Leyen said in a video announcement on Friday that she hoped world leaders would come together to take part in the effort to raise the equivalent of C$11.4 billion.
The Liberal government did not confirm Friday whether Prime Minister Justin Trudeau would be taking part in the conference, but International Development Minister Karina Gould said in a statement that Canada would continue to work with international partners, including the WHO.
“Global health is the largest area of investment for Canada’s aid program. We are one of the recognized leaders in this space,” she said.
“Canada is part of the global response to tackle COVID 19.”
On Thursday, European leaders revised their long-term budget to pay for the continent’s massive post-pandemic recovery, which could cost upwards of $C1.5 trillion, making it the most ambitious financial assistance package since the 1948 Marshall Plan to rebuild the continent after the Second World War.
As the world battles the economic devastation caused by the pandemic, de Schietere said the Comprehensive Economic and Trade Agreement, or CETA, has left Canada and Europe well-positioned to weather the current downtown and navigate a recovery.
“We are very much relying on such agreements and open trade to guarantee the future of supply chains. It is particularly important that as we want to strengthen the global response, we keep all those chains open, and have them open to the best extent possible.”
He said there is lots of co-ordination between Canada and Europe on keeping ship traffic and allowing supplies to reach harbour so “we don’t have administrative measures that would impede the correct flow of goods.”
Canada and the EU are also active in their joint NATO partnership in the Helsinki-based European Centre of Excellence for Countering Hybrid Threats and co-operate closely in the G7’s rapid-response mechanism to counter online threats, he said.
“This level of exchange is very intense, and so it’s very positive. It’s only together we can be effective in fighting such threats.”