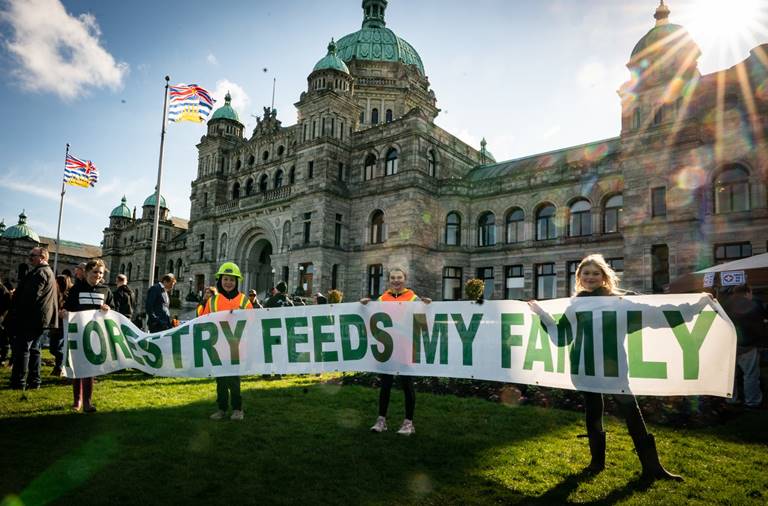 Victoria: BC Liberal MLAs joined hundreds of rallying forestry workers and their families in Victoria today to call out John Horgan and Forestry Minister Doug Donaldson for their empty words, emptier budget and lack of an actionable plan to address a crisis affecting thousands of British Columbians.

“The audacity of this government to wipe their hands of this crisis is constantly eye-opening and disheartening. For months, the NDP have served up empty rhetoric and when given a chance to stand up for forestry workers and commit a part of their budget to their plight, they don’t,” said BC Liberal Forestry Critic John Rustad. “Communities have been devastated, lives uprooted and families forced to fight for their survival amidst a forestry crisis that shows no signs of slowing and a government that simply pretends like they can’t do anything to help.”

After a catastrophic 2019 that saw ten permanent or indefinite mill closures and over 10,000 jobs lost the bad news continued as today’s budget announcement provided zero new dollars in funding. This provides little comfort to forestry-dependent coastal communities that suffered irreparable damage due to the eight-month strike at Western Forest Products or the 450 workers at Paper Excellence Canada in Crofton who are facing job losses due to a recently announced 30-day curtailment.

“I fail to understand how the Premier and his forest minister can look these workers and their families in the eyes and simply shrug their shoulders,” added Rustad. “As this crisis continues, more and more British Columbians are facing the reality of losing their homes, vehicles, savings and livelihoods. This government needed to act a year ago and I am appalled to see that they are still sitting on the sidelines watching things get worse.”