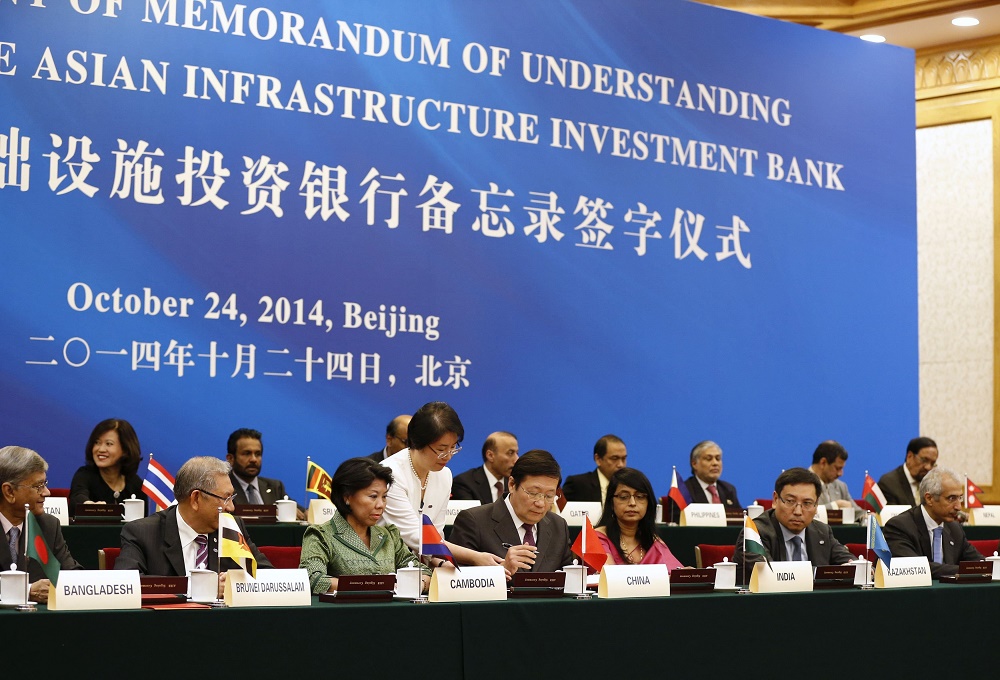 Paris/Berlin/Rome, March 17 (IANS) Three more European countries – France, Germany and Italy – on Tuesday confirmed their intetion to become founding member of the China-proposed Asian Infrastructure Investment Bank (AIIB).
“This new investment bank, which will aim to work in partnership with existing multilateral investment and development banks, can play an important role in financing infrastructure constructions of which Asia has a major need,” French government spokesman Romain Nadal told Xinhua on Tuesday.
France has confirmed its intention to become one of the founding members of the Asian Infrastructure Investment Bank (AIIB), French government spokesman Romain Nadal told Xinhua on Tuesday.
AIIB would not only participate in the economic and social development of the region, but would also contribute to global economic growth, he added.
France was eager to work together with the founding members of the AIIB to create this institution, Nadal said.
In Berlin, German Finance Minister Wolfgang Schaeuble confirmed his country’s intention to become a founding member of the AIIB.
“We want to work with international financial organisations together, use our extensive experience, to help the new bank to reach a high international reputation,” the minister said after the first China-Germany High Level Financial Dialogue held in Berlin.
According to a joint statement issued after the dialogue, both China and Germany agree that “the AIIB bank as a new investment Bank could play an important role to provide funds for infrastructure in Asia”.
In Rome, Italy’s ministry of economy and finance also confirmed the country’s intention to become a prospective founding member.
The ministry confirmed in a statement media reports that France, Italy and Germany were planning to join the China-proposed international development bank, which was launched last year.
“France, Italy and Germany, in close coordination with international and European partners, are keen to work with the AIIB founding members to establish an institution that follows the best standards and practices in terms of governance, safeguards, debt and procurement policies,” the statement said.
The AIIB, as a new investment bank working in partnership with existing multilateral investment and development banks, could play an important role to provide funds for addressing the large infrastructure needs in Asia, the ministry added.
“The AIIB will thus promote economic and social development in the region and contribute to global growth,” the statement read.
With an expected initial subscribed capital of $50 billion, the AIIB will be an international financial institution to fund infrastructure projects in Asia and is expected to be formally established by the end of this year.
Twenty-one countries, including China, India and Singapore, signed a memorandum of understanding in Beijing in October last year to establish the bank.