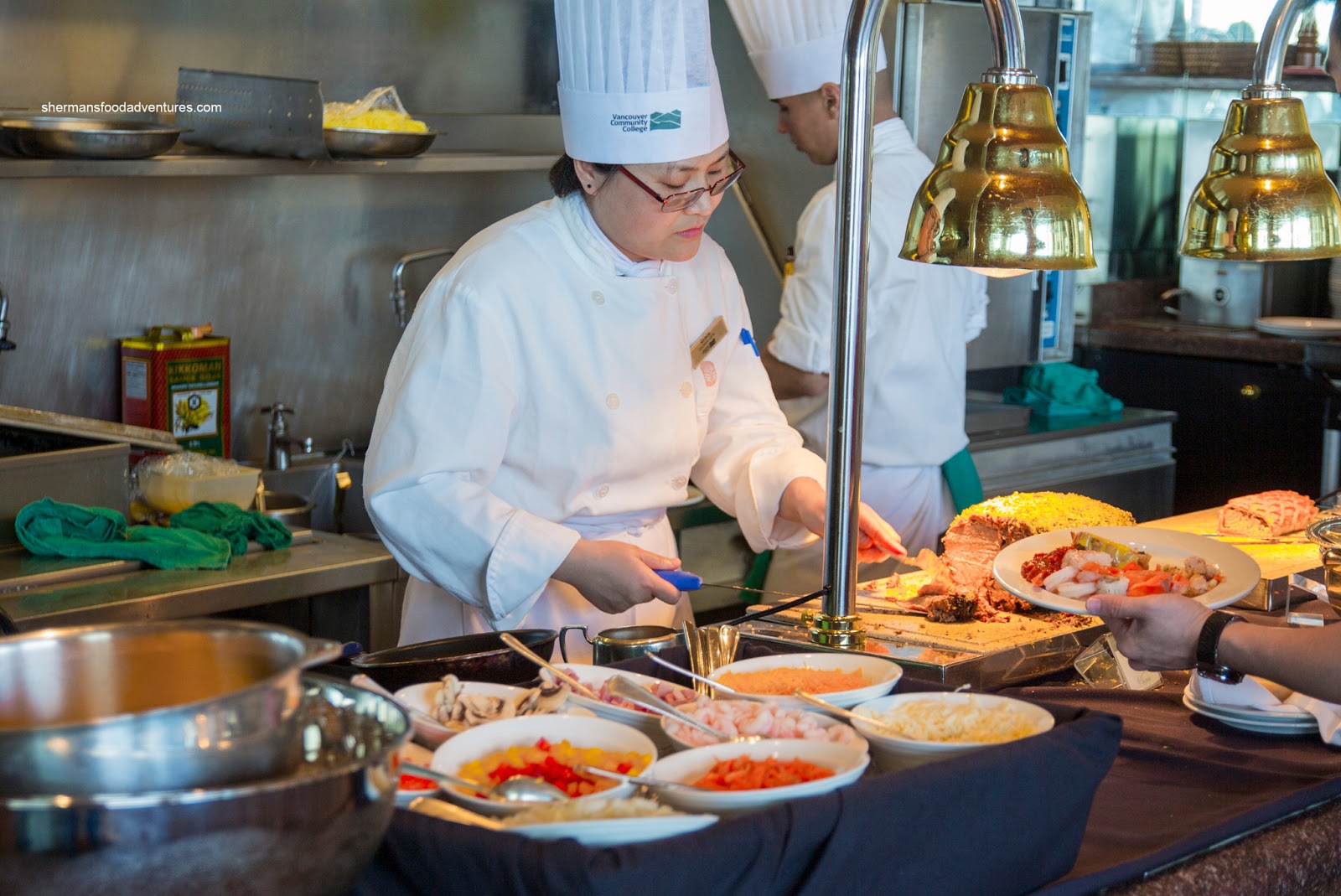 “My dream is to become a Red Seal Chef in a 5 star hotel”, said Grace. “I love that people can enjoy my food”.

Grace and her two daughters joined her husband in Canada on Christmas Eve in 2007.  Unfortunately, her marriage deteriorated soon after. Grace became a single mom with no job, very poor English skills, and no Canadian certification.

She found low paid work as a Kitchen Helper and worked as a dishwasher for another employer. Eventually, Grace found work in a Japanese sushi restaurant, and was quickly able to fill in for the Sushi Chef.

The 60-hour work week started to take its toll on Grace.  She knew she had to upgrade her skills quickly so that she could take care of her 2 daughters. Grace started looking for resources and people who could help me achieve success in Canada. “My dream was to make beautiful sushi, as I realized that I never did like working in the financial industry.” The ITA sent Grace to DIVERSEcity.

Grace met with Peter and Johnson of the Immigrant in Trades Training Program (ITTI) to discuss her options for training. “They gave me lots of encouragement, and they were very patient” said Grace. “I am so appreciative.”

With the funding from ITTI program, Grace has completed  the Cooking-ESL program at Vancouver Community College.  Her first Practicum was in a Seniors Home, and the second was at the Pan Pacific, a 5 star hotel. “My dream was starting to come true!” said Grace.

Grace accepted a part-time job at the Pan Pacific to start, 2 days after she graduated from VCC, and within the first year, received promotion to a full-time position there. “I continue to study while working, and will either continue my schooling or challenge the Red Seal exam.”

Grace is now supporting herself and her family, and is earning enough income to have a good life in Canada. Her advice for other newcomers is “to stay strong, work hard, and keep a positive attitude”. “It is not experience that is the most important thing, it is attitude”.