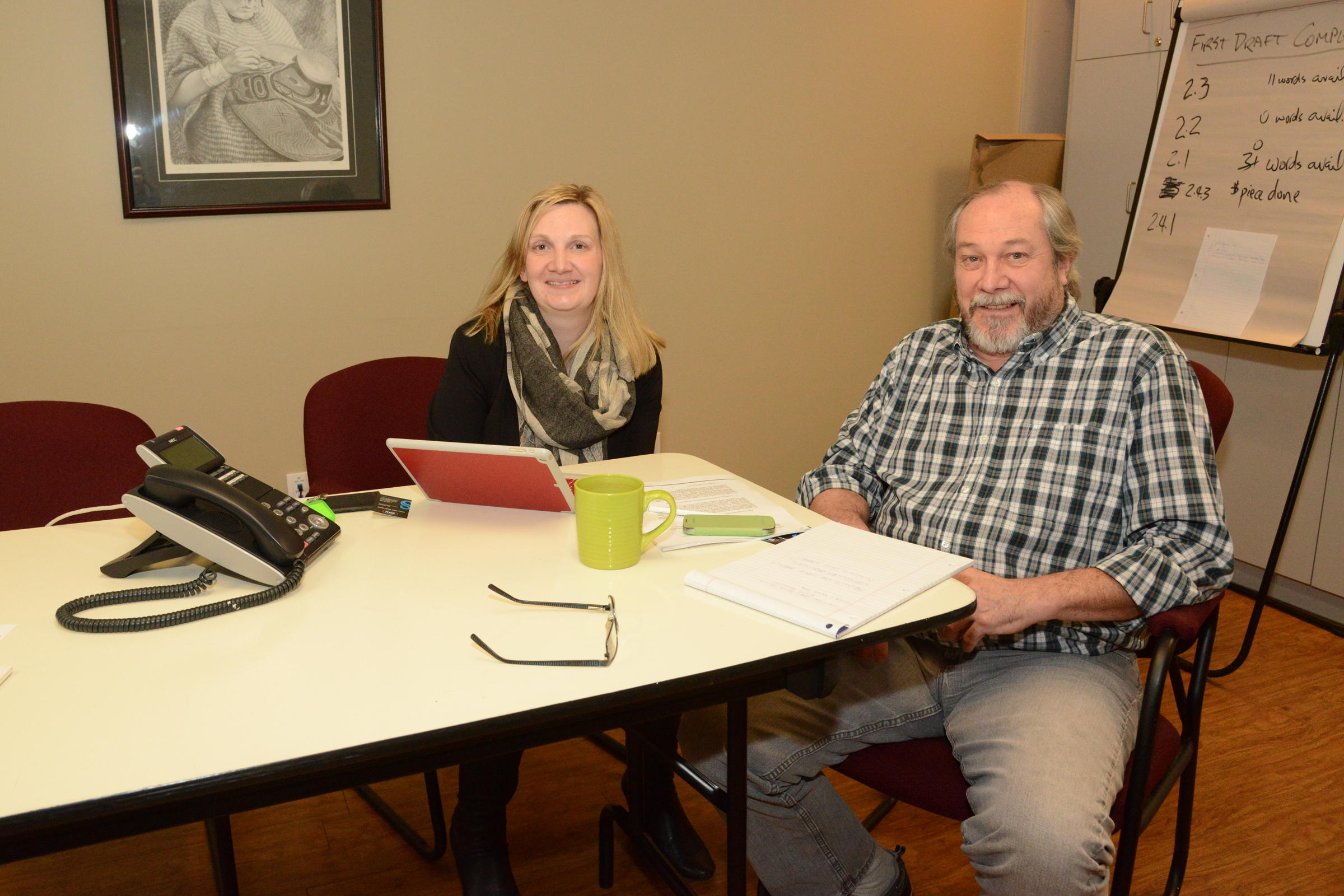 Surrey: Prime Minister Justin Trudeau’s promise to resettle twenty-five thousand Syrian refugees in Canada before the end of the year, has proved to be an impossible dream, only in the sense of the schedule he imposed on the process. Widely supported among Canadians, the commitment to welcome Syrian refugees, was launched at a time when the service providers, who handle immigrants and refugees coming to Canada, were already close to capacity. The logistics of it, are far quite daunting for the people who have the responsibility of making it happen.

One organization is Options Community Services of Surrey. Joe Woodworth, Senior Manager, Lori Dennis, the Deputy Executive Director and Connie Hong, Senior Manager of Immigrants & Settlement Services, spoke with Ray Hudson about their efforts to deliver their services to the newly arrived Syrians, part of the wave that will keep coming for some time.

Asked about the impact of the Syrian refugee announcement on his organization, Joe Woodworth responded, “I don’t mean this in a negative way, but it’s a greater challenge for us to try and find housing for what is in essence the population of a medium sized town. We already struggle to find appropriate, affordable, good housing for our clients, and now there is an extra demand. Unfortunately there isn’t much available housing out there.”

“I’m hearing through my colleagues,” said Dennis, “that the families coming from Syria have housing needs that we weren’t prepared for, because the families are larger.”

“Refugees are classified in two categories,” said Connie Hong, Senior Manager of Immigrant & Settlement Services, “Government Assisted Refugees (GARs) and Privately Sponsored Refugees (PSRs). GARs seem to have a larger family size than PSRs and the majority have an average of 5 to 8 persons per application, while other families have between 10 and 14 persons. Nearly 64% of GARs are 14 years old and younger. So a large number of children means that it’s harder for them to find housing.”

Upon arrival, the Syrians are the responsibility if Immigrant Services Society, for the first six weeks of their resettlement. The ISS the only agency designated to deal with this program. During that time, a major effort is made to move them from the Welcome Centre (hotel) to permanent housing.

“I understand ISS is having a difficult time finding permanent housing in Surrey,” said Hong. “Although they could relocate anywhere they would like, I think many want to stay close to the refugee community here. So right now, I’m in the process of communicating with ISS to see if Options can help, as our workers are Somali and Arabic speakers and have considerable expertise in finding housing for refugees.”

“Also.” Hong continued, “Since ISS discovered that Options has a housing registry, they want to work closely with us to conduct the housing search. I don’t know yet what we can do for ISS because there isn’t much affordable housing available in Surrey for large family units. At the recent City of Surrey refugee forum, Chris Friesen of ISS said that during the initial stages we are seeing large families, but smaller family units, single parent families and single individuals, more suited to many of our vacancies, will come along later this year. ”

Again, however, service providers are feeling the pressure of the additional refugee load and all that implies. Recently, the Ontario and BC governments have asked the federal government to slow the pace of bringing the refugees to Canada, but their request was apparently denied and the flow of Syrian refugees will continue.

“The load was significant,” said Dennis. “Because of our housing registry, which is a one-stop source for people looking for housing. It contains all housing opportunities in the City of Surrey, and it’s mostly private sector landlords. Unlike Vancouver, Surrey does not have a lot of SRO (Single Resident Occupancy) hotel rooms for rent. In Surrey it’s mostly basement suites used as mortgage helpers, so to keep a registry of private sector landlords with one suite available, is a challenge. Options has been doing this for a long time though and has developed good relationships with a many landlords with single units as well as others with multiple units. Maintaining those good relationships is an important on-going challenge. Some of our tenants are vulnerable people, often dealing with stress as well as some mental health issues from the trauma. They may have issues they need help with including backing out, so what do we do if they become displaced? Options is key in maintaining those relationships not only with the clients so they don’t become homeless, but maintaining that relationship with the private sector landlords so we can place the next person.”

“Then there are the other obligations we have that are complicating factors,” said Joe Woolworth. “One is that the federal government has rolled out the Housing First Initiative, which is for housing people who are chronically and episodically homeless. It’s an initiative to move people out of long term shelters into their own housing. And they’re in the mix on a first come first served basis, another complicating factor. Secondly, most of the housing stock is basements suites, much of it not registered with the city, and whose owners are reluctant to deal with organizations that they see as government. They don’t want some organization, they see as government, knowing about their illegal basement suite and so, aren’t keen to get involved with us. A third complicating factor is language. We’ve had a lot of people who say they’ve got a basement suite in south Surrey, but that puts a family of eight, who don’t speak English for example, isolated in an area where they’re not going to integrate into that community. They don’t stay there for very long before they relocate again.”

“That’s where our settlement workers are helping them to find the housing,” adds Hong. “When the Resettlement Assistance Program (RAP) puts them into Surrey, they usually put them into the Guildford area because there is a huge Arabic-speaking community there. That makes sense, but it limits further, the availability of accommodation.”

“So if people have accommodations, particularly multi-family accommodation that they would like to rent out,” said Dennis, “check the Housing Registry on our website: options.bc.ca. For people in other municipalities, contact Immigrant Services Society of BC at issbc.org and let them know what is available.”