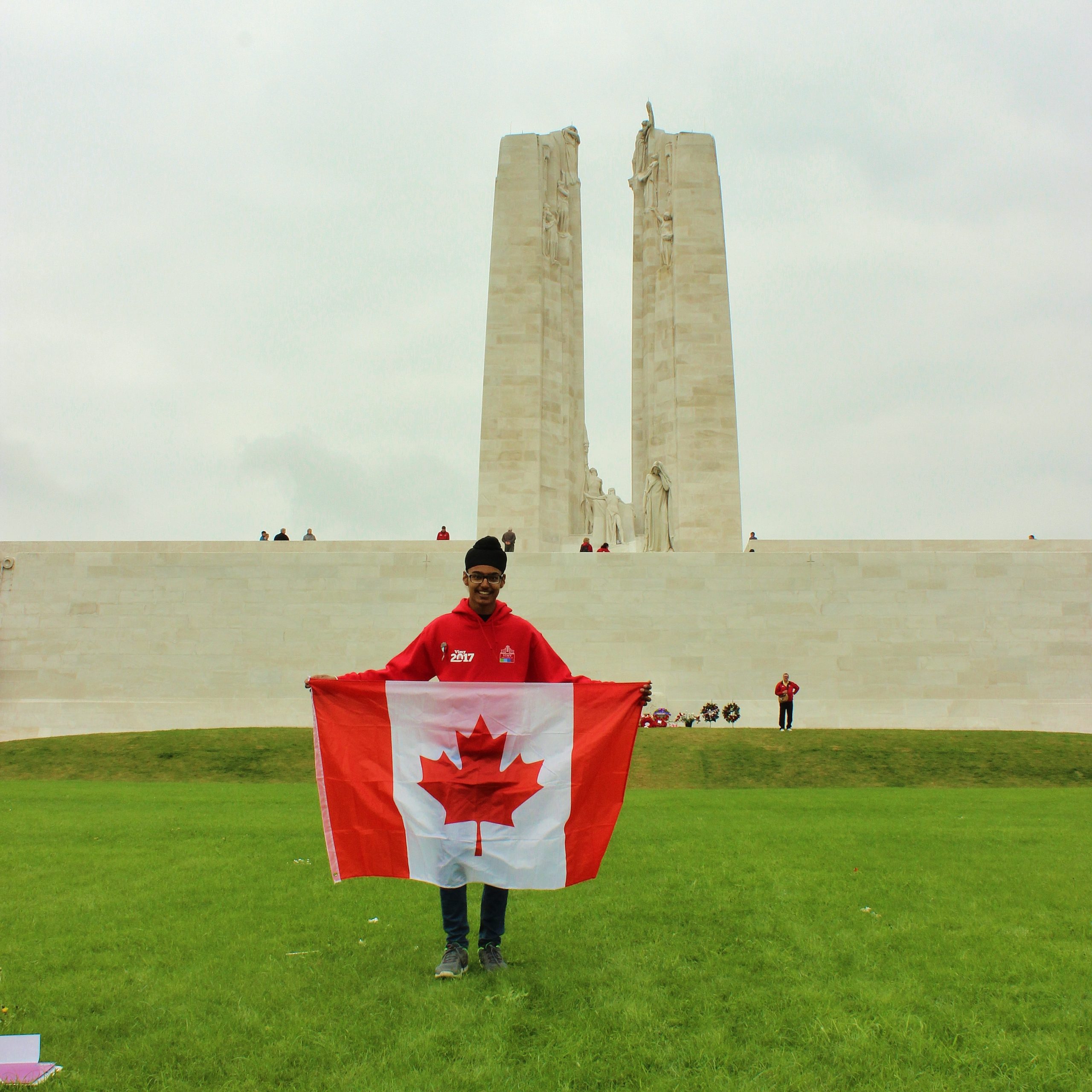 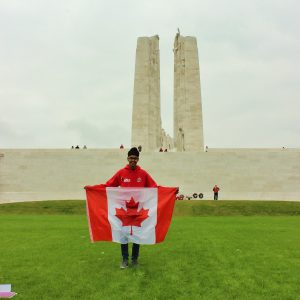 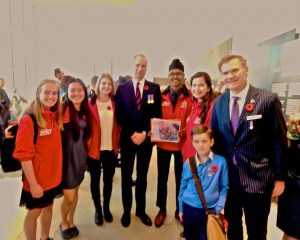 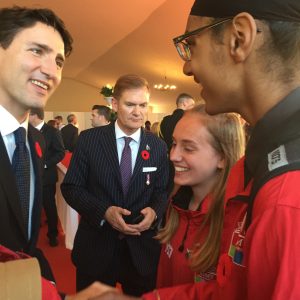 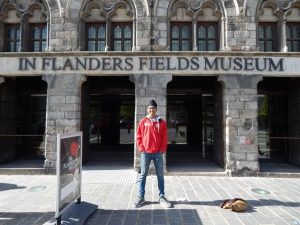 Surrey: Having had the privilege of marking the 100th anniversary of the First world war and the Battle of Vimy Ridge, Abhayjeet Singh Sachal and 16 other Canadian students have returned back after spending 10 days in France and Belgium. They had been selected by the Vimy Foundation on a Vimy Pilgrimage award to visit historical World War 1 sites in France and Belgium. The historical tour included paying homage at the Vimy memorial on Apr 9 at the Government of Canada commemorative ceremony and Abhayjeet had the honor of meeting His Royal Highness Prince William, the Duke of Cambridge, the Right Honourable David Johnston, Governor General and  Justin Trudeau, Prime Minister at the Visitor Centre. Abhayjeet also got an opportunity to present a picture of his grandfather, Brig Mohinder Singh(Retd) with Prince Philips taken at Barbados to Prince William. The students also visited tunnels and trenches used by the soldiers in the war and had a rare glimpse of the hardships faced by the armed men of the forces from all over.

Students then spent a week visiting sites from the First World War including participating in the Last Post Ceremony (laying wreaths) at the Menin Gate. Sites included the Maison Blanche, an old chalk mine that was transformed into an underground tunnel system and safe house for Canadian Soldiers
during the First World war. The site includes the rooms where soldiers used to stay, and the tunnel walls are covered with names and carvings – mainly of soldier regiment logos.

Students also visited Canadian, and Common Wealth Cemeteries as well as German ones. They went to museums, and spent their days learning about the First World War, particularly those in the North East of France and Belgium. Students were accompanied by their Chaperones, who taught them about the
historical aspects of their visits.

“It was an eye opening experience to witness the hardships endured by the soldiers during the war and the visit has further strengthened my respect and honour for these brave men and women who sacrificed their lives for us. It is now upon us to further their dreams of a fair and just society”, says Abhayjeet about the trip.

Students were asked to do a detailed study on a soldier of the war and then they gave presentation to their peers. Abhayjeet focused on Private Harold Bell from Manitoba. He was 23 when a hail of bullets hit him and he died fighting valiantly at Vimy Ridge on April 9.

It may be recalled that the battle of Vimy Ridge began on Easter Monday, Apr 9, 1917. Vimy Ridge is still referred by many as the battle that marked Canada’s coming of age as a country, as it was the first time the four divisions of the Canadian Corps served together. Regiments from coast to coast saw action together in a distinctly Canadian victory helping create a new and stronger sense of Canadian identity.

On land granted to Canada for all time by a grateful France, the Canadian national Vimy memorial is inscribed with the names of 11285 Canadians who were listed as “missing, presumed dead” in France during the First World war. The site encompasses 117 hectares and is the largest of eight Canadian and five Newfoundland memorial sites in France and Belgium. Designed by Canadian sculptor and architect, Walter Seymour Allward, the memorial two pylons represent Canada and France. The monument features 20 symbolic sculptures representing broad themes including the strength of shared ideals, the sorrow of a young nation and prayer for peace.