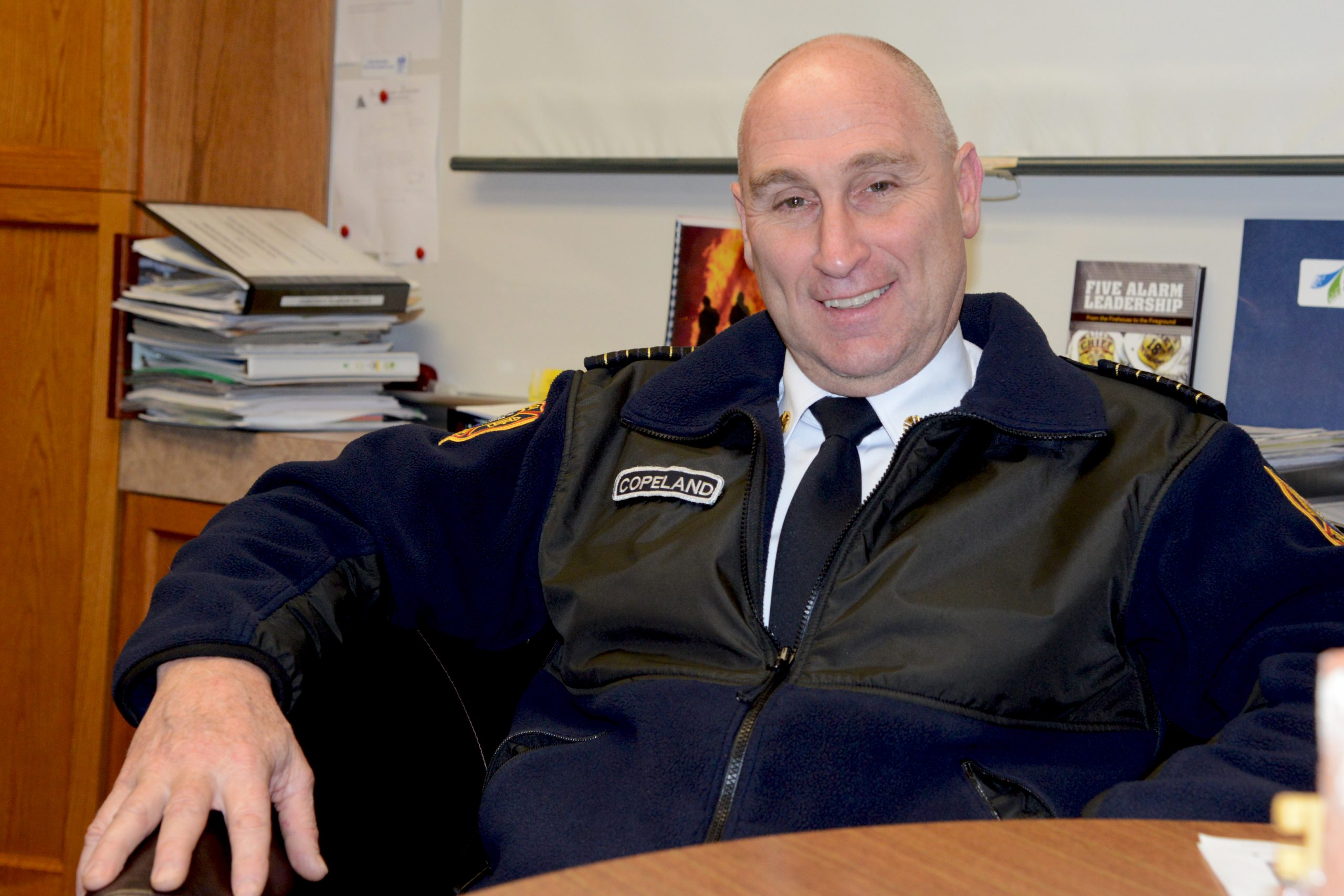 T’is the season to be jolly, and safe! If a big red vehicle comes to your house it should be Santa’s sleigh not a fire engine.

The winter months are the worst period for home fires whether the hazard is a Christmas tree or holiday decorations, space heaters, kitchen fires or fires from the use of candles.

As with the photo in this article a tree can become a full raging inferno in less than 10 seconds, but grease or cooking oil on a stove, candles or oil lamps either for ambiance or for light in the event of a power outage, and space heaters, can create tragedy in the home in the blink of an eye.

To bring these hazards to mind, and ensure a safe home we spoke with Delta Fire Chief Dan Copeland, who would r 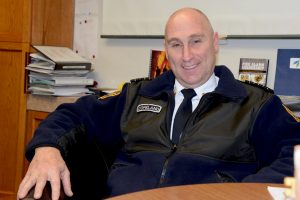 ather keep the apparatus in the fire hall over the season.

For many years the most dangerous item in the home was the Christmas tree. With the wide spread use of artificial trees the danger has been reduced, but not eliminated as evidenced by the number of Christmas tree lots, around the region.

“I think many people have now moved to artificial trees with LED lights,” he said, “which do not produce heat, reduce circuit overloading issues and draw significantly less electricity.”

– Make sure the tree isn’t too dry before you get it home. Before you buy, thump it on the ground a few times and see if the needles fall off. This could indicate a dry tree.
– Cut a 1 cm or 1/2 inch slice off the base. This will allow the tree to draw water. Keep the tree watered over the season. A two-metre tree can draw over 4 litres of water per day.
– Make sure the stand can hold enough water and is sturdy enough to hold the tree.
– Place the tree away from the fireplace, don’t place it over, or block any forced air vents near the tree.
– Ensure it is not blocking or close to an exit or staircase. Always maintain two ways out of your house.
– After the season, don’t burn the tree in your fireplace. It burns very hot and, even if your chimney is a little dirty, can cause a chimney fire.

“The other thing we’ve seen is when people push too much into the fireplace at once. It can ignite very quickly, and the burning material can push back out. The last thing you want is burning material falling out of the hearth and onto the carpet,” said Copeland. “One more precaution you can take is to have a fire extinguisher nearby. We recommend a 5 pound ABC extinguisher – which can be used on all fires.”

“You also need to look at an extinguisher like a first aid kit. It’s not necessarily to totally extinguish a fire, but to slow it down so people can get out and call 911. If you can put it out, all-the-better. Even so, it might be a good idea to call the fire service and make sure it’s completely out. Some fires appear out but can smolder for long periods before breaking out again. It’s probably better to give us a call. ”

These are hazards we face all year round and there are a number of issues to be aware of:

– keep an oven mitt close-by
– have a fire extinguisher nearby but not where you can’t get it, such as over the stove
– turn pot handles toward the stove so clothes can’t snag, or children can’t grab a handle
– Ovens: if something ignites in the oven, ignore the urge to open the door and pull it out. You may burn yourself, cause the fire to burn even faster, and possibly drop the burning material on the floor. Now you have a serious problem! The stove is made to handle heat. It’s safer to leave the door closed and call for 911.
– Stove top fires generally involve burning oils and fats. Rule one – don’t try to pick up the pot or skillet to move it outside or into the sink. You risk serious burns and may well drop the material on the floor. The simple solution is put a lid on it. It will exhaust the oxygen and burn out, or at the least slow down the fire so it can be better handled. Never throw water onto burning grease. It can literally explode and engulf the whole room. Put a lid on the pot, use a fire extinguisher then call 911.

– Candles are great for setting the right mood for dinner, or providing necessary light in a power failure. They are open flame and can cause fires. Not too long ago, a family had a wonderful dinner, enhanced by candle-light, after which everyone left the table to relax in the living room. It wasn’t until the odor of burning plastic alerted everyone to the candle burning to its bottom, with the melted wax pooling on the table where it began burning the tablecloth, decorations and ultimately the table itself. It was caught in time but imagine if everyone had gone out or gone to bed.
– use only sturdy, non-combustible holders that won’t tip over
– never allow children to use candles in their bedrooms
– never allow candles near where people are unwrapping presents
Copeland said that one of the biggest causes of fire is during power outages, when candles are placed around the house to provide light. When the power comes back on, there’s a risk that everyone goes back to what they were doing before and forgets to blow out the candles.

– place them on a safe secure surface and away from such things as draperies or other combustibles
– ensure that they have a shut off feature, in case they are tipped over
– never leave them unattended

A few final points:
– Check your fire extinguisher every year when you renew batteries in your smoke detectors. If the arrow on the gage isn’t in the green, get another one. Also turn it over and shake it up and down to stir up the material in the bottom and keep it loose.
– Make sure you have a Carbon Monoxide detector in your home
– Make an escape plan and discuss it with the family
– Although it seems trivial, post your address where your phone is. It’s the first thing the 911 operator will ask. During a fire, the call to 911 is about as high stress as it gets. It’s easy for you or your family members, children or guests to forget or not know your address. This can save critical time during such a call.

Be aware of the dangers of fire and have a safe happy winter. We are so used to being in a safe environment most of the time, we become complacent. Spend a little time to learn about safety in the home. As an old teacher of mine used to say, there could be a snap quiz, and passing or failing this one is truly a matter of life or death.