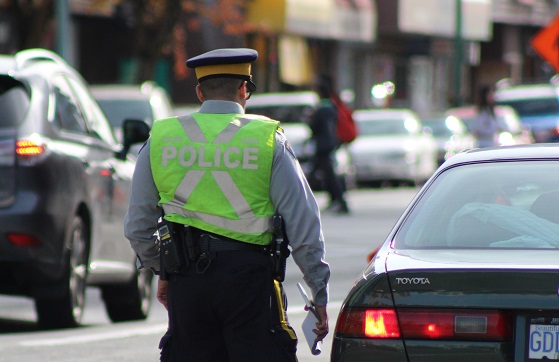 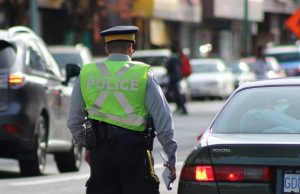 In a recent Ipsos Reid survey conducted for ICBC, almost all drivers recognized that distracted driving has led to an increase in crashes and that phone use, especially texting, while driving was risky. However, over one third admitted to using their phone at least one out of every ten trips.

Approximately 960 crashes occur every day in B.C., many of these caused by distracted or inattentive driving.

This month, drivers will be hearing one united message – take a break from your phone when you’re behind the wheel.

Police across B.C. are ramping up distracted driving enforcement in September, and community volunteers are conducting Cell Watch deployments to remind drivers to take a break from their phone when driving.

The campaign will feature new TV and radio advertising, as well as digital and social media.

Free ‘not while driving’ decals are available at ICBC driver licensing offices and participating Autoplan broker offices for drivers to show their support and encourage other road users to follow their example.

Distracted driving is the second leading contributing factor in traffic fatalities, behind speed and ahead of impaired driving, and contributes to more than one in four deaths on B.C. roads.

Police Chief Neil Dubord, Chair B.C. Association of Chiefs of Police Traffic Safety Committee said: “The law is clear: you must leave your phone alone when operating a vehicle. This includes when you’re stopped at a light or in heavy traffic. Police will be out in full force this month reminding you to put your phone away when you’re behind the wheel.”

Dr. Ian Pike, Executive Director, Preventable said: “It’s impossible to multi-task while driving without greatly increasing your chance of crashing. It takes about 4.6 seconds to send a text message – that’s like driving with your eyes closed for an entire city block. The majority of all injuries are predictable and preventable, and this is especially true with distracted driving. Leave your phone alone!”

Lindsay Matthews, ICBC’s interim vice-president responsible for road safety said: “Studies show drivers who are talking on their phone lose about 50 per cent of what’s going on around them, so you’re less likely to

see cyclists and pedestrians when you’re distracted. It’s time we all commit to taking a break from our phones and devote our attention to driving smart.”