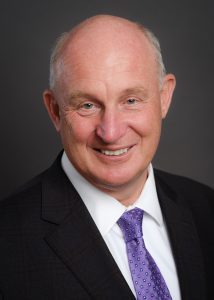 Victoria: All British Columbians deserve to live in safe communities, free of violent crime and gang activities. As part of the work being done to combat guns and gangs, the Illegal Firearms Task Force (IFTF) has provided a report that will help government respond to public threats posed by the use of illegal firearms in B.C.

The IFTF convened last fall to examine current legislation and enforcement policies, and has now provided the Province with 37 recommendations to deal with issues relating to policing, legislative and policy changes, education and prevention.

“Ongoing threats to public safety in British Columbia caused by the use of illegal firearms, from targeted gang shootings in public places to people using vehicles for shootouts on our city streets, have made citizens in our communities feel unsafe,” said Mike Farnworth, Minister of Public Safety and Solicitor General. “This report zeroes in on some useful strategies to help us combat these crimes and make B.C. communities safer.”

The focus of the work by experts on the IFTF was to understand how illegal firearms are acquired and used by gang members and criminals in British Columbia. It is important in order to prevent and disrupt those who use illegal firearms in criminal activities and violence. This understanding informed the task force as it developed recommendations – four of which government will immediately begin work on:

Other IFTF recommendations being examined include: modification of firearms and use of imitation firearms; vehicle use in gun violence; expansion of Bar Watch or similar programs; looking at enhancing safe schools programs; and working with the federal government on things like examining better ways to trace the history and movement of firearms.

“The removal of crime guns from our streets is a priority for the CFSEU-BC,” said Kevin Hackett, assistant commissioner and the chief officer of CFSEU-BC’s integrated anti-gang police agency. “Not only do these weapons, in the hands of gang members and organized crime groups, put the public and our communities at risk, but they are used to further support the criminal activity that these individuals are involved in on a daily basis.”