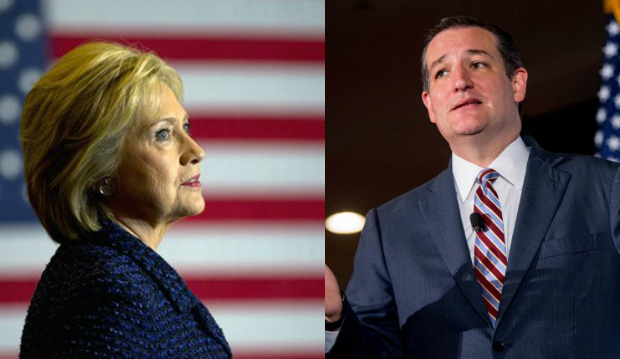 The state’s Democratic Party waited for the full results before announcing a victor. But its figures showed that Clinton appeared to have an upper hand in the remaining count.

“As I stand here tonight, breathing a big sigh of relief,” Clinton told supporters at a Des Moines rally. “I will keep doing what I’ve done my entire life. I will keep standing up for you. I will keep fighting for you.”

It was an apparent reference to her 2008 loss where a disastrous third-place showing in Iowa that then Senator Barack Obama won, unravelled her first presidential run.

For Sanders, the close outcome was a cause of celebration too, showing as it did his remarkable rise against the formidable Clinton machine.

On the Republican side with Trump failing to translate his formidable media presence into votes, Cruz who spent months touring the state and reaching out to evangelical voters, emerged as a formidable contender in the delegate-rich, Southern states holding primaries in the coming weeks.

As he claimed victory, Cruz fired immediate shots at both Trump and the party elites who disdain him.

As of early Tuesday morning with 99 percent of the vote reported, Cruz had 28 percent of caucus attendees tallied, followed by Trump with 24 percent and Florida senator Marco Rubio with a surprisingly strong 23 percent.

But Cruz may have a tougher time in New Hampshire which holds the first inthe nation primary on February 9. Trump leads in the polls there and Rubio’s stronger-than-expected showing in Iowa makes him a more formidable foe.

Trump delivered a short but gracious speech, saying he loved Iowa and vowed to go on next week to win the New Hampshire primary.

“We will go on to get the Republican nomination and we will go on to easily beat Hillary or Bernie,” Trump told supporters. “We finished second, and I have to say I am just honoured.”

Rubio’s strong showing could set him up as the best placed potential establishment candidate to take on “outsider” challengers Cruz and Trump, observers said.

“This is the moment they said would never happen. For months, they told us we had no chance,” a jubilant Rubio said.

After his total washout, former Maryland governor Martin O’Malley dropped out of the Democratic race. So did Arkansas’ former Republican governor Mike Huckabee.

A loss in Iowa does not mean the end of the road for a contender though a victory gives a candidate a momentum ahead of the primary contests in the remaining 49 states.