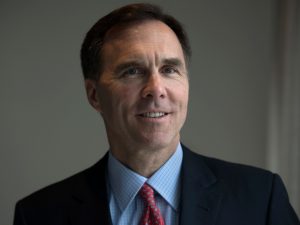 Despite the federal government’s partial adjustments to its small business tax changes, business groups are still troubled about the potential negative effects the revised proposals will have on small and medium-sized firms.

The concerns are spelled-out in a new letter to Finance Minister Bill Morneau by the Coalition for Small Business Tax Fairness, a unified voice of now almost 80 organizations representing hundreds of thousands of business owners across the country.

“It’s been one month since the government provided any details regarding its revised proposals. And, in just a few weeks, some of the new tax provisions are supposed to come into effect,” said Dan Kelly, President of the Canadian Federation of Independent Business. “We continue to urge the government to slow down and allow time for genuine stakeholder input to help minimize any unintended consequences. The fight against these proposals is not over.”

“For our businesses to succeed, we need to reform our complex, cumbersome and uncompetitive tax system, and we need to do it right,” said the Hon. Perrin Beatty, President and CEO of the Canadian Chamber of Commerce. “There has been some improvement, but business owners are still alarmed since much still remains to be defined. Businesses from across the country are prepared to work with the government to find ways to make our tax system simpler, less burdensome and fairer.”

In the letter, coalition members praise the government for reinstating its promise to reduce the small business corporate tax rate to nine per cent by 2019. They are also pleased that the government has stepped back from measures relating to the conversion of income into capital gains and that they have recognized the importance of passive income to a business.

The Coalition for Small Business Tax Fairness, however, is still concerned about the tax changes in their current form:

While the government has offered to simplify the proposed “reasonableness test” for business owners paying dividends to adult family members, they have not provided any further details. The coalition recommends that the government postpone the implementation of this change, by one year, to January 1, 2019 to provide small businesses with sufficient time to implement required changes to existing business structures.

The revised proposal allowing incorporated businesses a passive investment income threshold of $50,000 is insufficient for those who are saving to grow and create more business opportunities. The coalition therefore recommends that the government drop the passive investment rules until a full economic impact assessment has been completed.

Owners of family businesses are pleased that the government has expressed an openness to making it easier and less costly to transfer a business to the next generation. Moving forward, the coalition recommends that the government make amendments to a section of the Income Tax Act that currently make it easier to sell a business to a third party than to a family member.

Given the complexity of these proposals, more analysis and consultation is needed to ensure that these changes do not harm small businesses, the backbone of the Canadian economy. The coalition stands ready to work with the government to find solutions that won’t adversely affect small business’ ability to grow, innovate and create jobs.