Asian Journal
Home Hot Off The Press Lahore Lions rally in 2nd half to outplay Punjab Thunder in Wave... 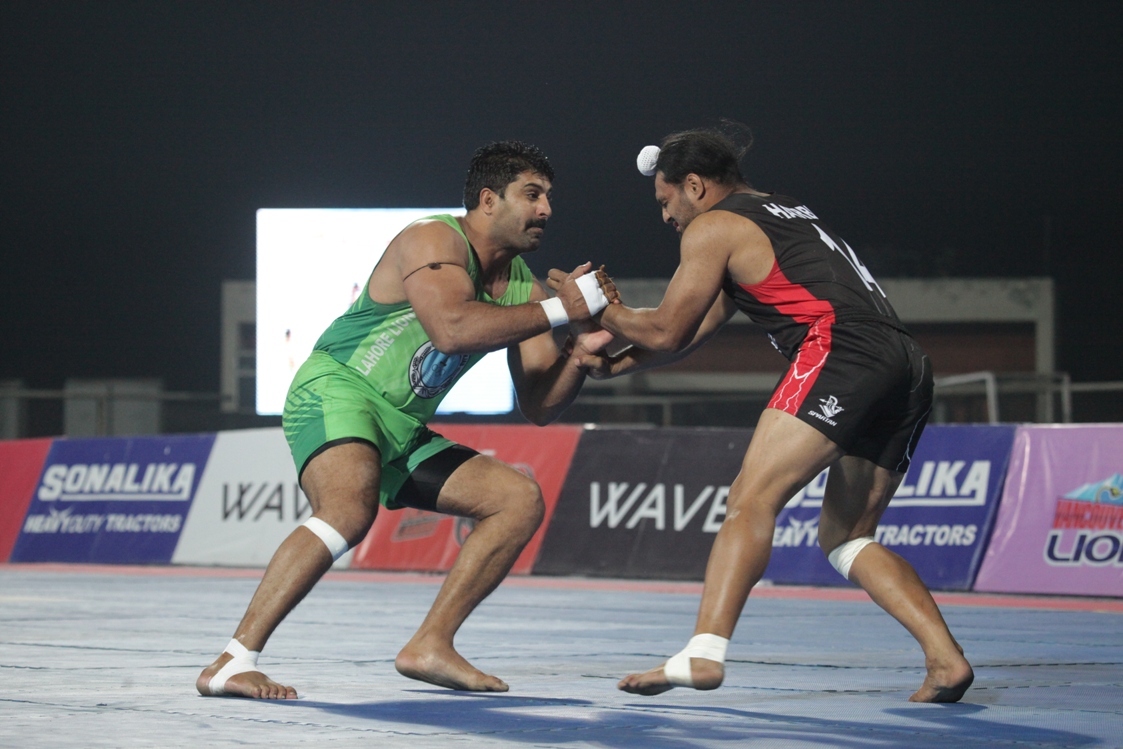 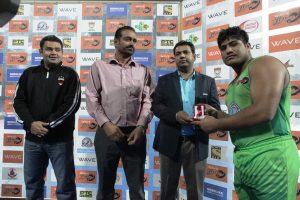 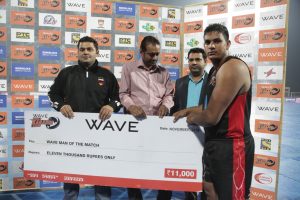 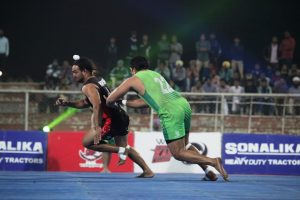 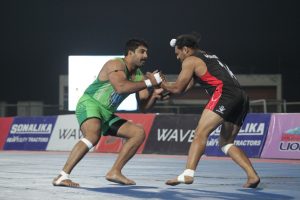 Ludhiana: Lahore Lions kept their slim hopes alive with a 63-55 win over Punjab Thunder in the Wave World Kabaddi League on Wednesday as the League moved towards the final stages before the semi-finalists are decided.

The win brought Lahore Lions to 16 points but with only two more games to go, they will need some help from Punjab Thunder also. Lahore can make the last four only if they win both their remaining matches and Thunders lose both their remaining games. Thunder have 19 points from 19 games with two left.

Meanwhile California Eagles were granted a walkover as Yo Yo Tigers, who had not chance of making the last four forfeited their match. California now have 22 points from 20 games and have only one left.

In the match between Lahore and Punjab Thunder, it was a close affair for most of the early part. With Raiders Zeeshan Ali (3) and Rehman Isteyaq (2) of Lahore Lions earning points for their team and stopper Mohsin Wahla (2) and Musharraf Javed (2) also contributing well, they gave Punjab Thunders no chance to open an early lead. For Punjab Thunders raiders Harbir Singh (3) and Sarabjit Singh Nikku (2) showcased wonderful game while stoppers Yadwinder Singh (3) was very aggressive in the initial quarter, which ended 15-15.

In the second session, Punjab Thunder stoppers Yadwinder Singh Surakhpur (6) and Lakhveer Singh Lakha (2) were in great form and raiders Baljit Singh (4) and Sarabjit Singh (4) supported them well. For Lahore Lions, raiders Muhammad Khan (2) and Zeeshan Ali (2) did their part while stoppers Mohsin Wahla (1)  and Musharraf Javed (1) tried hard in the defence, but the session belonged to Punjab Thunder who moved way ahead by 14 points at 37-23

The third session saw Lahore raiders Muhammad Khan (4) and Rehman Isteyaq (5) bring their team back into the game thorough wonderful performances. Stoppers Mohsin Wahla (4) and Musharraf Javed (3) added to the might as Punjab Thunder were suddenly blunted  despite some efforts from raiders Sultan Singh (4) and Harbir Singh (2). That helped Lahore catch up to level at 44-44.

Quarter-Wise result of Match 76 was as below:

Team position after Match No. 76 is as below:

This week’s match schedule is as below: