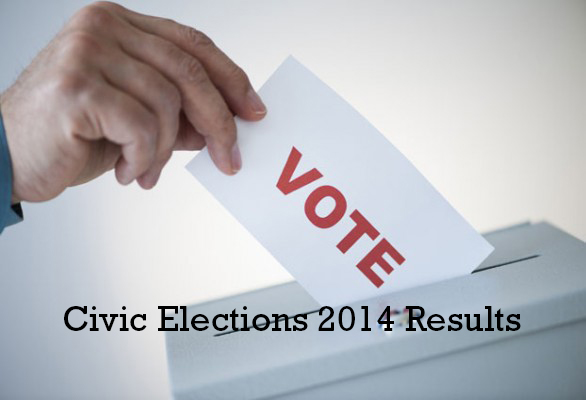 Vancouver: Here are the election results of 2014 civic elections.  On Nov. 15 voters across British Columbia head to the polls.

Scroll down to check  election results in the Metro Vancouver. Vancouver re-elected Gregor Robertson. Robertson defeated former journalist Kirk LaPointe of the Non Partisan Association by more than 10,000 votes, in an election that saw a 44 per cent turnout, up from 35 per cent in 2011.

Political Pundits had predicted the tightest race would be in Surrey. But Linda Hepner proved them wrong and won in a landslide. Hepner had a couple of major advantages over her opponents: a well organized and well financed team at her disposal; plus the Surrey First ground crew mobilized quickly, and was able to get out the vote in impressive numbers, CBC reported.

Perhaps more importantly, Hepner secured the endorsement of outgoing mayor Dianne Watts, who received 80 per cent of the vote in the 2011 election.

Scroll down to watch also the details of election results for the mayoral races in Abbotsford, Burnaby, Coquitlam,  City of Langley, New Westminster, North Vancouver, Richmond, White Rock and  Delta.