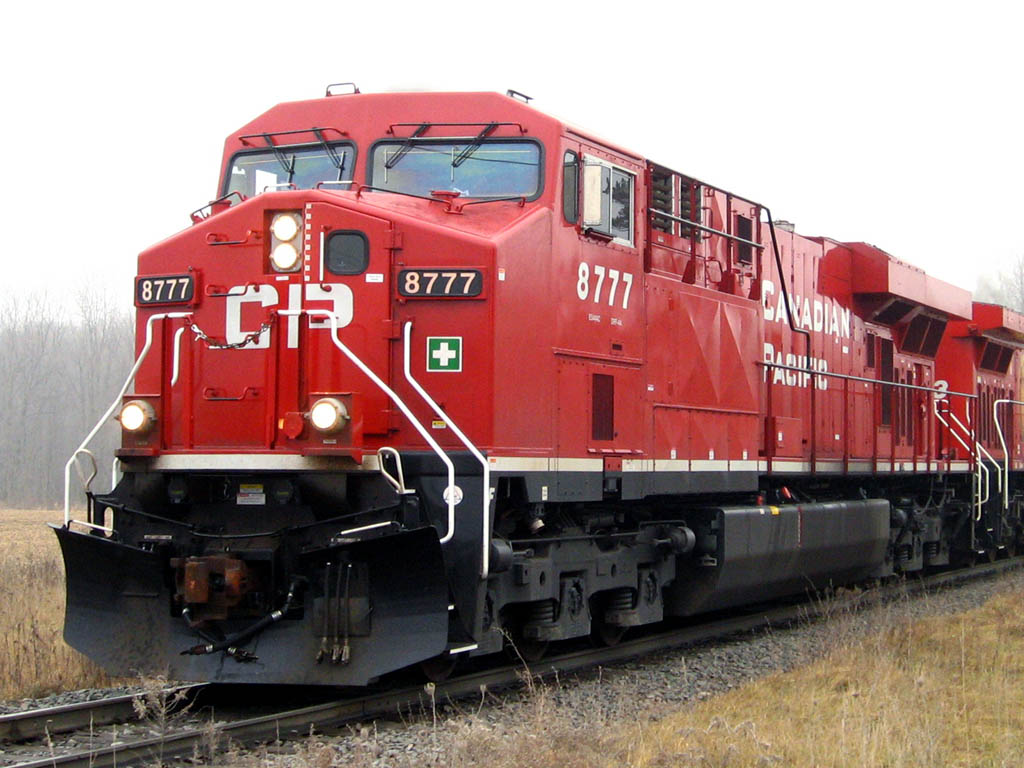 By Ross Marowits, THE CANADIAN PRESS

The deal would see the merged company oversee about 53,000 kilometres of track, greater than the circumference of Earth _ reaching the Pacific and Atlantic Oceans as well as the Gulf of Mexico.

It is also seen as a possible boon for the oil-by-rail industry, which has surged in recent years and is expected to continue to do so.

But CP needs to overcome several obstacles, including concerns over concentration, possible opposition from organized labour and a chilly reception from Virginia-based Norfolk Southern, which described the proposal as an “unsolicited, low-premium, non-binding, highly conditional indication of interest.”

CP Rail CEO Hunter Harrison, who has long advocated consolidation in the railway industry, told his counterpart at Norfolk Southern in a letter dated Nov. 9 that a combined network would lead to faster growth than either company could achieve on its own while creating a more diversified book of business.

“We believe that combining our two great organizations will allow us to form an integrated transcontinental railroad with the scale and reach to deliver unsurpassed levels of safety and service to our customers and communities while also increasing competition and creating significant shareholder value,” he wrote in the letter to Norfolk Southern CEO Jim Squires that was released Wednesday.

CP has presented a 50-50 stock-and-cash offer that would give Norfolk Southern shareholders US$46.72 in cash and 0.348 of a share in the new merged company for each share they hold.

The deal would see Norfolk Southern shareholders own a 41 per cent stake in the combined company, which would be listed on both the New York and Toronto Stock Exchanges.

“This offer is more of a starting point in the negotiation process,” he wrote in a report.

CP said it hopes to conclude a transaction by the end of 2017. But Poirier said the regulatory process would likely take two to four years to complete.

He said CP has taken a proactive approach by proposing to give shippers the option to connect with another railroad if the merged company fails to provide adequate service or competitive rates.

CP has also said the merger would alleviate congestion in Chicago by using underutilized hubs that would free up capacity for other railways operating through the city without the need for more infrastructure.

But unions, which may be concerned about CP’s sometimes “fractious relations with employees,” could voice their objections, as could other railways that may feel they would be left at a competitive disadvantage to one operator with a coast-to-coast system, Tyerman added.

Combining Canada’s second-largest railway with one of the largest in the U.S. is expected to result in more than US$1.8 billion in annual operating savings, CP said.

It would initially have more than 44,000 employees, although that would likely decrease as CP looks to improve its efficiency and reduce its operating ratio.

The combined company is estimated to initially generate more than $3.1 billion of profits, about twice that of CP, with $21.5 billion in annual revenues.

The new railroad would be less exposed to grain and more heavily weighted to industrial and consumer goods, along with coal.

Poirier said if it proceeds, the merger would be good for the crude-by-rail sector.

“It would create a single network that connects the Bakken and oilsands regions with the refineries on the U.S. east coast,” he wrote.

CP’s shares gained six per cent at $195.94 in Wednesday midday trading on the Toronto Stock Exchange. Norfolk Southern’s shares, which had fallen to a 52-week low of US$72.10 in August, were up more than six per cent at US$92.41 in New York.