Asian Journal
Home BC News Marriage proposal in B.C. legislature gets a ‘Yes’ from fiancee, cheers... 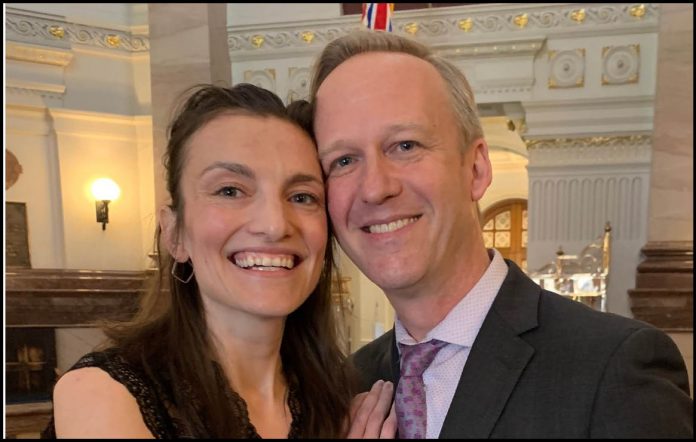 Victoria: Politicians ask a lot of questions in British Columbia’s legislature, but for New Democrat member Rick Glumac, his question posed Wednesday was especially important.
Glumac, the member for Port Moody-Coquitlam, stood in the legislature to acknowledge all the partners who support the unique work that politicians in the legislature do, saying it certainly isn’t a normal job.
He noted that his partner, Haven Lurbiecki, was in the legislature’s gallery and he told her that every day she made the world better and filled his heart with love.
Amid applause and cheers from his colleagues, Glumac asked her to marry him.
Lurbiecki wasn’t on camera, but Glumac said that he thought she said yes, and he went up to the gallery with a ring box in hand “in order to make it official.’’
Speaker Raj Chouhan later posted a photo of the happy couple on his Twitter feed, saying he thought it was the first such proposal in any Commonwealth Parliament, but Australian MP Tim Wilson asked his partner to marry him in 2017 while he was speaking on a same-sex marriage bill.