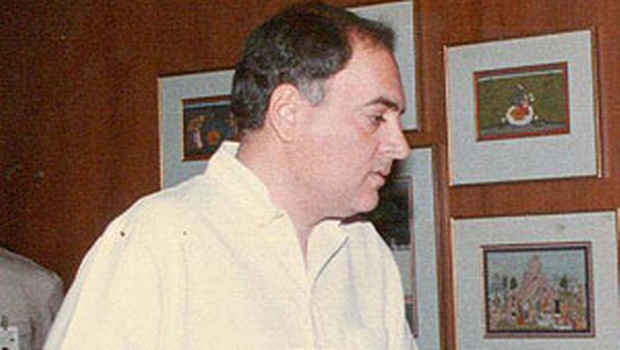 New Delhi, July 21 (IANS) The central government Tuesday told the Supreme Court that no mercy could be shown to the killers of former prime minister Rajiv Gandhi as it opposed the Tamil Nadu government’s move set free seven convicts by granting them remission of sentence.

Opposing Tamil Nadu government’s plea to release the seven convicts, Solicitor General Ranjit Kumar told the constitution bench of Chief Justice H.L.Dattu and Justice Fakkir Mohamed Ibrahim Kalifulla, Justice Pinaki Chandra Ghose, Justice Abhay Manohar Sapre and Justice Uday Umesh Lalit that “our former prime minister was killed by these people. There was a conspiracy to kill him in which foreign nationals were also involved. What mercy could be sshown to them.”
He also took the constitution bench through different stages of the case during which the mercy petition of assassins was rejected by the Tamil Nadu governor and the president and subsequently their death sentence was commuted to life imprisonment by the Supreme Court on grounds of undue delay in deciding their mercy petitions.
Appearing for the other victims of the Rajiv Gandhi assassination, Ranjit Kumar stated his stand while opposing the plea by senior counsel Ram Jathmalani appearing for one of the convicts V. Sriharan alias Murugan and Rakesh Dwivedi appearing for the Tamil Nadu government.
The constitution bench is hearing a reference by three judge bench on the question whether after the commutation of death sentence into life imprisonment, could the state government further grant remission of sentence to release the Rajiv Gandhi assassins.
One of the seven questions framed the bench of the then Chief Justice P.Sathasivam, Justice Ranjan Gogoi and Justice N.V.Ramana in their April 25, 2014 judgment was whether after commutation of the death sentence into life imprisonment either by the president, governor or the court, can the government go further to grant them remission and release them.
The question was rooted in the conflicting positions taken by the central and Tamil Nadu governments on whether after the commutation of death sentence into life imprisonment could Rajiv Gandhi assassins or similarly-placed convicts be granted remission and consequent release.
The constitution bench was further asked to examine whether there could be a special category wherein after death penalty has been commuted to life imprisonment, such a convict is put beyond the applicability of remission of sentence and would remain behind bars in excess of life term of 14 years.