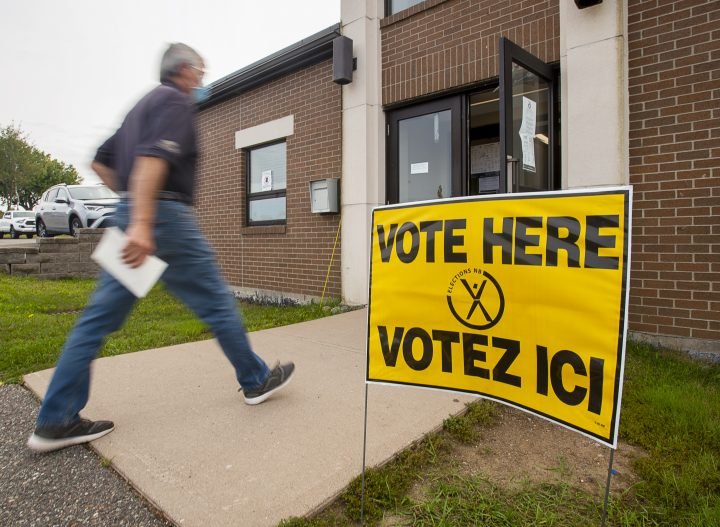 Vancouver: Election administrators in British Columbia are ready with hand sanitizer for voters and personal protective equipment for polling station workers as part of a pandemic plan similar to one used recently in New Brunswick.

Elections BC spokesman Andrew Watson said staff have consulted with their counterparts in the eastern province, where voters were the first in Canada to cast their ballots during COVID-19, in case Premier John Horgan calls a snap fall election.

Watson said administrators of elections in Saskatchewan are preparing for a vote that will happen by Oct. 26, adding his office began working with provincial health officials in April as the reality of a pandemic and a possible election set in.

Besides procuring safety items, ensuring physical distancing protocols are followed has been part of the training for election officials, he said.

Elections New Brunswick spokesman Paul Harpelle said public health measures worked well at voting places on Sept. 14 and the province saw a significant increase in mail-in ballots but the agency does not yet have a breakdown of numbers.

Administrators in B.C. and around the country are also looking to expand voting by mail during the pandemic.

That’s an option typically used by voters who will be away during an election and has been available in B.C. since 1988, Watson said.

“But for a pandemic election, to ensure accessibility, it will be an option for any eligible voter who wishes to request a vote-by-mail package,” he said, adding mail-in-ballots have accounted for about one per cent of ballots in past elections.

“Based on survey research we’ve done during our planning that number could be as high as 35 per cent.”

A federal election is also possible this fall if the throne speech set for Wednesday is not supported by opposition leaders in a confidence vote.

Elections Canada says on its website that the agency is developing plans to protect the health and safety of the public, thousands of election workers, candidates and their staff in preparation for a possible fall election.

It says recommendations to Parliament could include a two-day weekend polling period, instead of the usual single day to facilitate physical distancing, and that mail-in ballots be accepted until the day after the weekend vote.

“In addition to engaging with national and provincial health officials, Elections Canada will ask returning officers to engage with health officials at the local level in order to offer services that are aligned with the reality in their region,” it says.

For candidates, elections devoid of kissing babies, speaking at boisterous rallies or knocking on doors will mean different ways of campaigning during a pandemic.

Hamish Telford, assistant professor of political science at the University of the Fraser Valley east of Vancouver, said candidates would have to make a greater effort to expand their reach by phone and social media.

Televised debates of party leaders are still likely to happen but all-candidates meetings limited to 50 people by public health guidelines may not be worthwhile, he said.

Telford said that while voting at polling booths will be akin to the precautions taken when going grocery shopping, turnout may be low and few people may opt for mail-in ballots as COVID-19 cases rise in B.C.

“A lot of people are preoccupied with more urgent matters _ their health, their job, their kids’ schooling. And they are concerned and wary about going out in public,” he said.

Sonia Furstenau, the Green party’s new leader, has said a power-sharing agreement with the NDP after the last election that allowed Horgan to form a minority government has the stability needed during the pandemic. She said a fall election would be irresponsible.

Horgan said on Thursday he hadn’t made a decision on an election. He has said the Green party he signed a deal with three years ago has changed and the document was void of any mention of a pandemic.