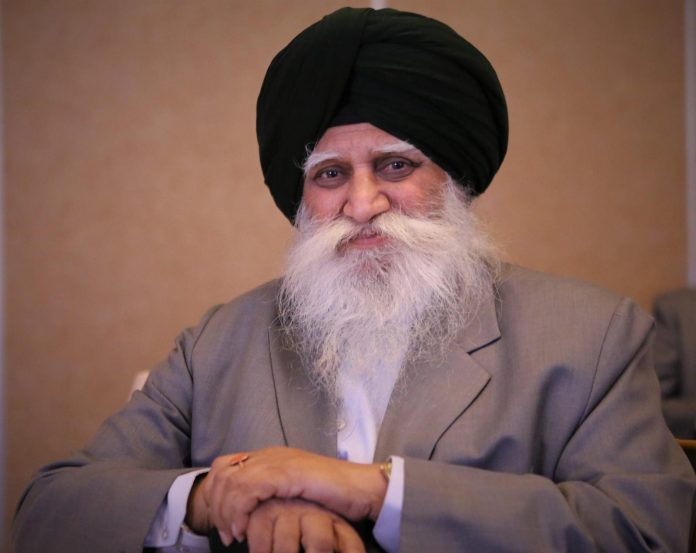 The beloved personality of the Canadian Punjabi and Sikh community, the Cult tailor, the mass of service and the heartbeat of the Sikhs passed away last night. He dedicated his entire life to the Sikh community and community. His health had been deteriorating for some time and he had to go round the hospitals for medical check ups but he was always following the Guru’s wishes. Just two days ago there was a good conversation on the phone but it was not known that Brother( Bai )would leave for the next world so soon.

He arrived in Canada permanently on April 16, 1974 as a new immigrant. He soon made his mark in the community. He became the heartbeat of the entire community due to his sweet talk and warm nature. In 1982-83 and again in 1987-88, he became the President of the Khalsa Diwan Society, Canada’s oldest Guru Ghar. During his tenure, he is credited with initiating Nagar Kirtan, organizing annual games and sending Shaheed Jathas to the Akali Morcha in Punjab. He was one of the founders of Sri Guru Singh Sabha when it was established at Surrey He also worked for the World Sikh Organization. They were seen in the front row on every Diocese front. He has long rendered valuable services to the Punjabi Tribune weekly.

Sardar Daljit Singh was born on 8 February 1937 in the womb of mother Kulwant Kaur and father Arjan Singh in the village of Shrinah, Tehsil Nakodar, District Jalandhar. He was one of five brothers and three sisters. He matriculated from Panjab University in 1954 and then completed his 1954 training as a trainer at Bhakra Nangal Dam. In 1955, trainers were hired at Ambala, Punjab. On July 4, 1956, he got a job as a trainer in the Indian Railways. In January 1957, he completed his studies as a draftsman in evening classes in Delhi. On 24 September 1962, he joined the Indian Railways as a draftsman. With his hard work and wiseness, he soon became a senior draftsman on June 26, 1964. He was a daily follower of Gurbani. He was one of the best hockey players in the Indian Railways from 1957 to 1969. He is survived by his  wife, four brothers, three sisters, five daughters, two sons, grandsons, grand daughters and great-grandchildren. Today, his Canadians are saddened by his departure and the eyes of the Canadian community. His last rites will be performed at the Five River Funeral Centre on Sunday, May 23, 2021 at 10 am and the final prayer at Sri Guru Singh Sabha Surrey at 12.30 pm.

For thousands of years, Nargis (a flower) been crying in her light

It is very difficult to produce Deodar in Garden.