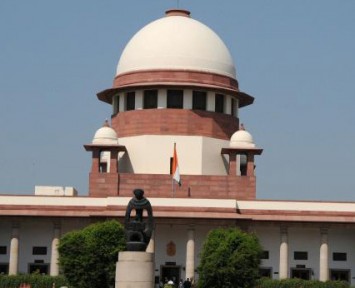 New Delhi, March 17 (IANS) The Supreme Court on Thursday asked the Shiromani Gurdwara Prabandhak Committee – the highest temporal body of Sikhs – to suggest the areas where it could give direction for curbing Sikh-centric jokes and which are implementable.

“What are the areas where we can give directions and they can be implemented,” said a bench of Chief Justice T.S.Thakur and Justice Uday Umesh Lalit as SGPC’s counsel Satinder Singh Gulati told the court that because of Sikh-centric jokes, the community had got a stereotype image which was an impediment in their progress in the competitive world.

While entertaining the plea by the SGPC, the court tagged it with an earlier plea by Delhi Sikh Gurudwara Management Committee (DSGMC) and one by advocate Harvinder Chowdhury seeking to sensitise the people about the impact of Sikh-centric jokes on the community particularly the children and clamp down on the more than 5,000 websites circulating these jokes.

The SGPC has sought direction to communications ministry to install filters to screen websites which targets Sikh community with indecent, offensive and oppressive jokes being violative of the relevant sections of the Indian Penal Code.

Besides this, the SGPC has sought direction to the website owners to pay adequate compensation to the National Legal Aid Authority for having caused damages to the reputation and dignity of Sikh community.

Addressing the court, Gulati said that the stereotype image that Sikh centric jokes creates of the community impacts them at all levels.

Pointing to the difficulties being faced by the community, Gulati said that even before a Sikh child faces an actual competition, he/she has to get over the stereotype of his/her image.

The petition, filed by the advocate on record Kamaldeep Gulati for the SGPC, has referred to an article by Justice Sunil Ambwani of Allahabad High Court which argues that “negative stereotypes about minorities may affect decision-making in myriads of areas”.

The SGPC’s plea along with that of DSGMC and advocate Harvinder Chowdhury would come up for hearing on April 5.