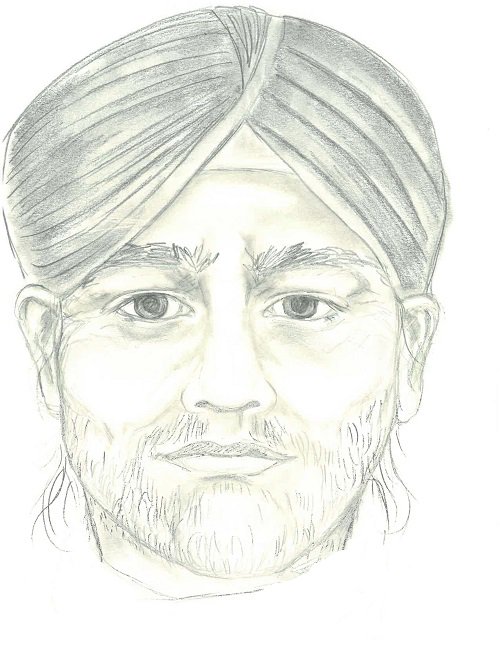 Surrey:  Surrey RCMP on Wednesday released a a sketch of a South Asian suspect in the investigation of a suspicious person who approached a child who was waiting outside a school in Surrey on May 14.

At approximately 1 p.m. on May 14, a man in a car drove up to the child, who was in front of Frost Road Elementary School in the 8600-block of 162nd Street, and tried to convince them to get in his car.  The child did not enter the vehicle and ran to a safe location.

The suspect is described as a South Asian male, in his 40’s or younger in age, with a trimmed beard which had grey patches, and wearing a blue turban with orange underneath.

The suspect vehicle is described as a grey sedan with tinted windows and a messy interior.