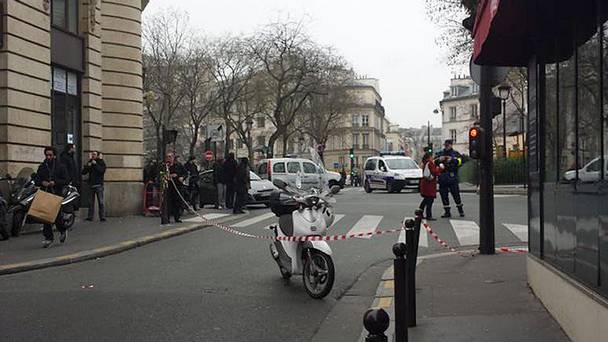 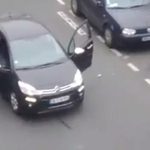 Paris: Two masked gunmen suspected to be Islamists Wednesday massacred 12 people after storming a French satirical magazine’s office here, killing among others a cartoonist who drew a controversial cartoon of the Prophet Mohammed.

World leaders denounced the cold-blooded mayhem at the office of “Charlie Hebdo” that left over 20 people injured, four in critical condition, and forced French President Francois Hollande to rush to the scene and call it “an act of barbarism”, media reports said.

Efe news agency said that illustrator and editor-in-chief known as Charb and three more cartoonists — Cabu, Tignous and Wolinski — were among the fatalities. Two policemen were also killed.

The identity of the others who died was not immediately known.

The France edition of The Local news portal quoted the gunmen as shouting in Arabic: “We have avenged the Prophet!” and “God is Great!”

The attackers made a well-prepared getaway in a car after shooting in the magazine’s office for several minutes. Video clips of the street outside showed two hooded men sprinting on a pavement, firing at a seemingly wounded policeman sprawled on the ground before getting into a black car.

As France tried to come to grips with the horror, a grim President Hollande said the killings were an attack “against our freedom of speech, a barbarous act against the journalists who had proven they could act in France with all the freedoms that the republic defends”.

Hollande said “Charlie Hebdo” had received threats on numerous occasions after publishing caricature of the Prophet Mohammed and had been afforded special protection.

The magazine was firebombed in 2011 after it published a controversial series of cartoons depicting the Prophet Mohammed.

With Wednesday’s attack, Hollande said, “we need to show that we are a united country” and “react firmly but also display national unity… They (killers) will be hunted down and brought to justice”.

France raised the anti-terrorism alert in the Greater Paris area to the highest level after the shooting as the gunmen had escaped, Xinhua said.

France, the target of Islamist fighters in reprisal for its military strikes against Islamist strongholds in Iraq and elsewhere, foiled several terror attacks in recent weeks, President Hollande said.

An emergency government meeting was held in the Elysee Palce to evaluate the situation and take steps to avoid further attacks.

“Terror and violence have no place in any corner of the world,” Mukherjee said. “The world must unite to root out terror from every country and society.”

Modi called the attack as “condemnable and despicable”. “Our solidarity with the people of France. My thoughts are with families of those who lost their lives.”

US President Barack Obama denounced the “outrageous attack” in Paris.

British Prime Minister David Cameron said: “The murders in Paris are sickening. We stand with the French people in the fight against terror and defending the freedom of the press.”

Italian Prime Minister Matteo Renzi said: “Horror and dismay for the massacre of Paris… Violence will always lose against freedom and democracy.”