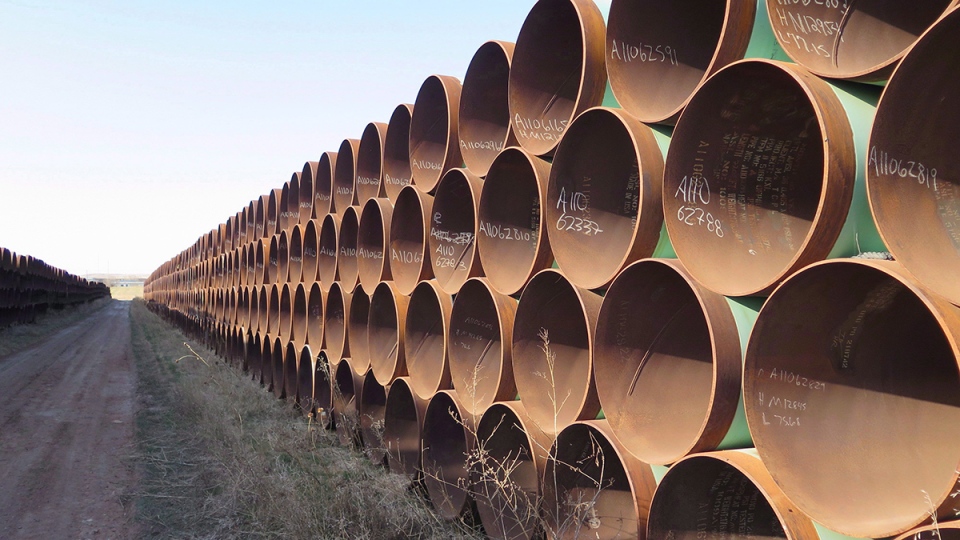 TORONTO: TransCanada, the company behind the controversial Keystone XL pipeline from Canada to the U.S Gulf Coast, has asked the U.S. State Department to pause its review of the project.

TransCanada said Monday it had sent a letter to Secretary of State John Kerry requesting that the State Department suspend its review of the pipeline application. The pipeline company said such a suspension would be appropriate while it works with Nebraska authorities for approval of its preferred route through the state that is facing legal challenges in state courts.

The move comes as the Obama administration was widely expected to reject the application.

“We have just received TransCanada’s letter to Secretary Kerry and are reviewing it. In the meantime, consideration under the Executive Order continues,” State Department spokeswoman Elizabeth Trudeau said.

The White House declined to comment, referring all questions to the State Department.

Ahead of TransCanada’s announcement Monday, White House spokesman Josh Earnest said President Barack Obama intended to make a decision on the pipeline before his presidency ends in January 2017, although he declined to elaborate on the timeline. Hillary Rodham Clinton and her main challengers for the Democratic nomination are already on record as opposing it. All of the leading Republican presidential candidates support the pipeline.

Some pipeline opponents contend that TransCanada hopes to delay the review process in hopes that a more sympathetic Republican administration will move into the White House in 2017.

“In defeat, TransCanada is asking for extra time from the referees, and clearly hoping they’ll get a new head official after the election. It’s time for the current umpire, President Obama, to reject this project once and for all,” said environmental activist Bill McKibben, co-founder of the group 350.org.

For seven years, the fate of the 1,179-mile (1,900-kilometre) long pipeline has languished amid debates over climate change and the intensive process of extracting Alberta’s oil and U.S. energy security

The Canada-to-Texas pipeline has long been a flashpoint in the U.S. debate over climate change. Critics oppose the concept of tapping the Alberta oil sands, saying it requires huge amounts of energy and water and increases greenhouse gas emissions. They also express concern that pipeline leaks could potentially pollute underground aquifers that are a critical source of water to farmers on the Great Plains.

Jane Kleeb, executive director of the group Bold Nebraska, which opposes the pipeline project, said, “The route in Nebraska has been uncertain for years, the only difference now is TransCanada knows they are about to have their permit rejected so they are scrambling. President Obama can end all of this uncertainty with a stroke of a pen. It is time to reject and give farmers, ranchers and Tribal Nations peace of mind that their land and water is protected from this risky pipeline.”

Cell phone and email messages were left with the spokesman for Nebraska Gov. Pete Ricketts, but there was no immediate response.

Pipeline supporters maintain it will create jobs and boost energy independence. They also say pipelines are a safer method of transporting oil than trains, pointing to recent cases of oil train derailments.

North Dakota Sen. John Hoeven, a Republican, said it was “unfortunate” that TransCanada “has been forced to delay the project further.”

He said it’s “clear” that Obama intends to deny the pipeline permit, which he claimed would have “a chilling effect on the willingness of other companies to invest in important energy infrastructure projects in the United States.”

Delays in approving the pipeline have caused friction between the U.S. and the outgoing Canadian Conservative government of Prime Minister Stephen Harper. Harper was frustrated by Obama’s reluctance to approve the pipeline and the issues damaged U.S-Canada relations Although incoming Liberal Prime Minister Justin Trudeau, who is sworn in Wednesday, supports Keystone, he argues relations with the U.S. should not hinge on the project.

Canada needs infrastructure in place to export its growing oil sands production. Canada relies on the U.S. for 97 per cent of its energy exports. Alberta has the world’s third largest oil reserves, with 170 billion barrels of proven reserves.

However, the Keystone pipeline is now economically less viable at a time of plunging oil prices.