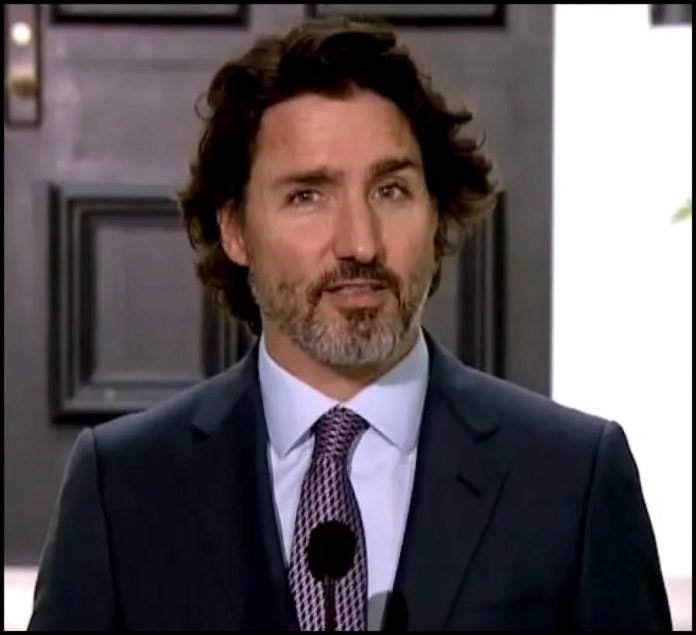 Madrid: Prime Minister Justin Trudeau is expected to face tough questions at a major NATO summit this week as a new report released by the alliance ahead of the meeting shows Canada heading in the wrong direction when it comes to military spending.

Members of the 30-member military alliance agreed in 2014 to increase their defence spending to two per cent of their national gross domestic product, and the target is expected to be front and centre when the summit begins on Wednesday.

Trudeau met with NATO leaders Tuesday evening at a dinner hosted at the royal palace in Madrid by King Felipe VI, and will begin formal talks in the morning.

The new report released by NATO Secretary-General Jens Stoltenberg estimates Canadian defence spending will instead decline as a share of GDP to 1.27 per cent this year, down from 1.32 per cent last year and 1.42 per cent in 2020.

The report did not specify the reason for the expected decline, or whether it includes $8 billion in new military spending that was promised in April’s federal budget and whose purpose has not been clearly defined.

Asked about the report during a news conference at the end of this year’s G7 meeting in Germany, as he prepared to head to Madrid for the NATO leaders’ summit, Trudeau said the government has announced several “significant” new investments.

Those include $4.9 billion to upgrade Norad, the shared U.S.-Canadian system used to detect incoming airborne and maritime threats to North America, as well as plans to buy new fighter jets to replace Canada’s aging CF-18s.

The prime minister also said Canada has repeatedly proven its commitment to the NATO alliance by deploying troops and equipment on a variety of missions, including by leading a multinational NATO force in Latvia.