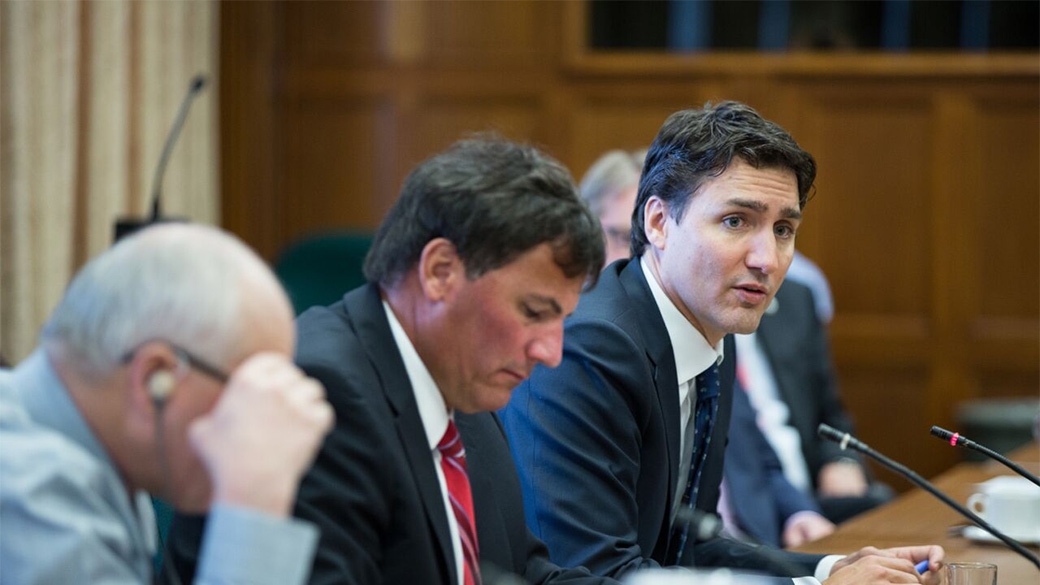 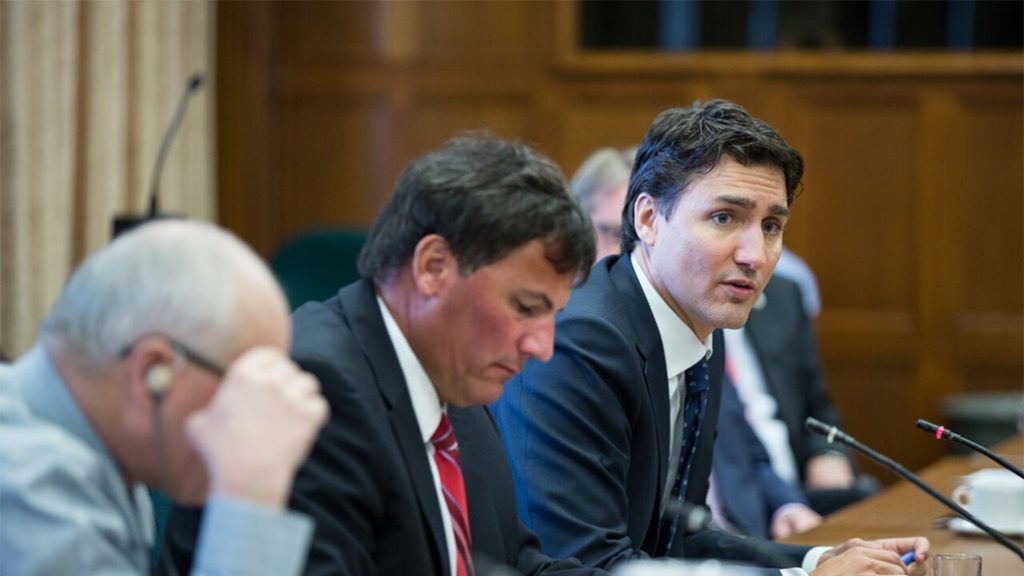 Ottawa: Justin Trudeau has launched a new Liberal era with a 30-member cabinet that features predominantly fresh faces and an equal number of men and women.

Fully 18 of the newly minted ministers are rookies who won election for the first time on Oct. 19, including the all-important finance minister, millionaire Toronto businessman Bill Morneau.

And two others are relative newcomers: former journalist Chrystia Freeland, who won a byelection in Toronto two years ago, will head up international trade, while Navdeep Bains, a former MP who was defeated in 2011, becomes minister of innovation, science and economic development.

Trudeau has put newbies in most of the senior portfolios, some of which have been reconfigured or renamed.

The rookies will be backstopped by seven veterans with previous federal or provincial cabinet experience, including: Ralph Goodale in Public Safety; Stephane Dion in Foreign Affairs; John McCallum in Immigration, Refugees and Citizenship; Carolyn Bennett in Indigenous and Northern Affairs; Judy Foote in Public Services and Procurement; and Scott Brison in Treasury Board.

Trudeau’s Liberals won a strong majority of 184 seats, with representation in every province and territory. His cabinet reflects that, with 11 ministers from Ontario, six from Quebec, three from British Columbia and two each from Alberta and Manitoba. Saskatchewan, Nova Scotia, Newfoundland and Labrador and Prince Edward Island all have a single representative in cabinet, as does Nunavut.

The entire swearing-in event was aimed at demonstrating the new era Trudeau is ushering in after nearly a decade of what Liberals maintain was one-man, secretive rule under Stephen Harper’s Conservatives.

Holding the hand of his wife Sophie Gregoire-Trudeau, Trudeau led his ministers-to-be on a walk up the long driveway leading to the Governor General’s mansion, which was lined with a throng of well-wishers and onlookers.

For the final steps of the stroll, Trudeau was joined by his three young children, carrying toddler Hadrien in his arms.

Spectators spilled across the grounds of Rideau Hall under brilliant fall colours and warm autumn sunshine as the Liberal group stepped off a bus at the main gate and strolled up the drive. They waved to the crowd as bagpipes skirled a welcome.

They arrived shortly after a statement from a Rideau Hall spokesperson confirmed that Harper had resigned as the country’s 22nd prime minister.

The happy crowd of onlookers ran the gamut from toddlers to pensioners.

Lisa Chrolavicius, 38, of Ottawa watched the arrival with five-month-old son Justin cradled to her chest.

The name of her son, she says, was a coincidence, “but we thought we’d see if Justin could meet Justin.” Chrolavicius said she came to “feel the positive energy” of her country.

Bob Johnston recalled seeing Trudeau’s father, Pierre, being sworn in some 47 years ago.

“Canada’s been at a fork in the road,” Johnston said. “We’ve taken the correct fork and I want to feel like I’m part of the first step.”

“I can’t vote yet, but it’s the future of the country that I’m living in,” Skelly said. “And when I can vote he’s still going to be prime minister, so it doesn’t really matter to me because this is the person I would like running our country.

“Seeing him getting sworn in is like maybe a once-in-a-lifetime chance.”

The new Liberal prime minister and cabinet are scheduled to hold their first meeting later today. They are widely expected to take immediate action on their campaign promise to reinstate the long-form census.