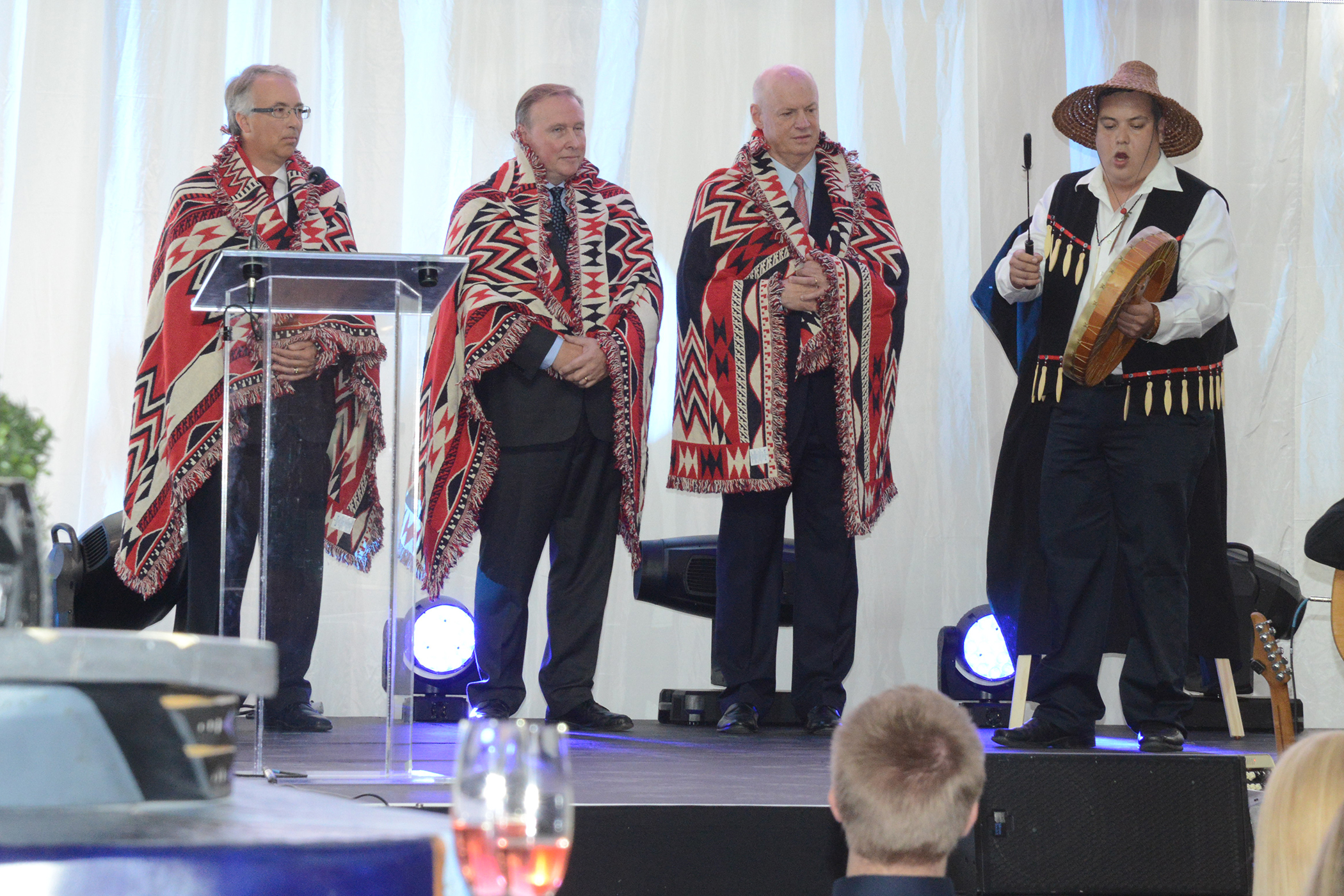 Seven years after discussions began between former Chief Kim Baird, of the Tsawwassen First Nations and Ivanhoe Cambridge, current Chief Bryce Williams took to the stage of the completed mega mall, to welcome their partners and to celebrate the completion of this enormous project. On hand from Ivanhoe Cambridge were, Daniel Fournier, Chairman and CEO and Paul Gleeson, Executive Vice-President and Chief Development Officer Retail. Also sharing in the celebration was the Hon. John Rustad, BC Minister of Aboriginal Relations and Reconciliations.

“It’s a great culmination of many months of work by hundreds, if not thousands of people,” he said. “It’s a great day for Tsawwassen Mills.”

Fenwick came to the project two years ago from Nanaimo’s Woodgrove Centre, where he was the General Manager of the largest mall on Vancouver Island.

“It’s been wonderful to work with the Construction, Development and Leasing teams here at this project,” said Fenwick.

Following the opening ceremonies, the doors were opened and the thousands of people waiting outside were welcomed into the mall. Throughout the day, people coming to the mall caused traffic line-ups from Tsawwassen reaching back almost to Highway 99.

Efforts to determine the number of people visiting the mall on opening day were not successful by presstime.