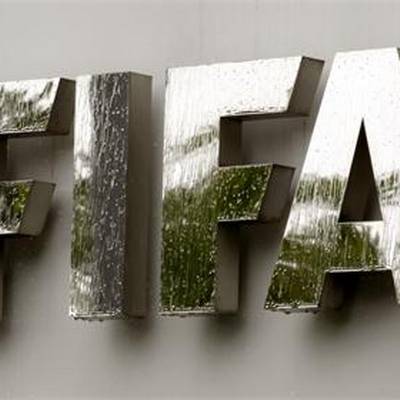 Zurich, May 27 (IANS) Two days before FIFA elects its new president, the Swiss Police arrested seven top officials of the world football governing body on corruption charges, while in another incident on Wednesday the Swiss Federal Office of Justice announced it has opened criminal proceedings against “persons unknown” in connection with the allocation of the 2018 and 2022 football World Cups.

Acting upon an extradition request by the United States, that indicted 14 people in total on Wednesday, the Swiss Federal Department of Justice and Police arrested seven FIFA officials, including two vice presidents — Uruguay football federation boss Eugenio Figueredo and Confederation of North, Central America and Caribbean Association Football (CONCACAF) head Jeffrey Webb. Among the 14 persons indicted, seven have been charged in the US.

However, FIFA spokesman Walter De Gregorio has announced that the elections will take place as scheduled and that its incumbent supremo Sepp Blatter, who is seeking a re-election, faces no charges and the two World Cups “will go ahead”.

Those detained were here for activities at FIFA’s world headquarters prior to the organisation’s congress on Friday where it will elect its president for the next four years. It had been taken for granted that Blatter would be re-elected for a fifth term but Wednesday’s events may change that.

Zurich police officers in plainclothes descended on a luxury hotel at dawn, presented the relevant court orders, and received keys to the suspected officials’ rooms. The arrests were made peacefully. Six FIFA officials were arrested in the morning, while one was detained later in the day.

According to a note from the Federal Office of Justice, the bribery suspects, representatives of sports media and promotion firms, are alleged to have been involved in schemes to make payments worth more than $100 million to football functionaries (FIFA delegates) and other functionaries of FIFA sub-organisations.

“In return, it is believed that they received media, marketing, and sponsorship rights in connection with football tournaments in Latin America,” the statement added.

The authorities indicated they intend to send those arrested to the United States, which has an extradition treaty with Switzerland, to stand trial in New York where a prosecutor accused them of accepting bribes from the early 1990s onwards.

“The US authorities suspect the arrested officials of having received or paid bribes totalling millions of dollars,” the Federal Office of Justice said in a statement.

According to the US extradition request, these crimes were agreed and prepared in the US and payments were made through American banks. The Swiss ministry of justice and police said a simplified procedure will apply to suspects who agree to immediate extradition.

In their case, Swiss authorities can immediately approve extradition to the US and order its execution. However, if the wanted persons oppose their extradition, the Swiss will invite the US to submit a formal extradition request within a 40-day deadline.

Meanwhile, the authorities concerned have ordered the blocking of accounts at several Swiss banks “through which bribes are claimed to have flowed”, a statement from the Swiss Federal Office of Justice said.

Swiss federal prosecutors on Wednesday opened criminal proceedings related to the awarding of the 2018 and 2022 World Cups.

The Swiss prosecutors’ office said in a statement that they seized “electronic data and documents” from FIFA headquarters. The Swiss police said they will question 10 FIFA executive committee members who took part in the World Cup votes in December 2010.

Meanwhile FIFA presidential candidate Prince Ali Bin al-Hussein described the arrest of the officials as a “sad day for football”.

Al-Hussein, who will challenge Blatter for the FIFA top spot this Friday, issued a brief statement after the arrests earlier on Wednesday.

“Today is a sad day for football. Clearly, this is a developing story, the details of which are still emerging. It would not be appropriate to comment further at this time,” said a note from the Jordanian prince.