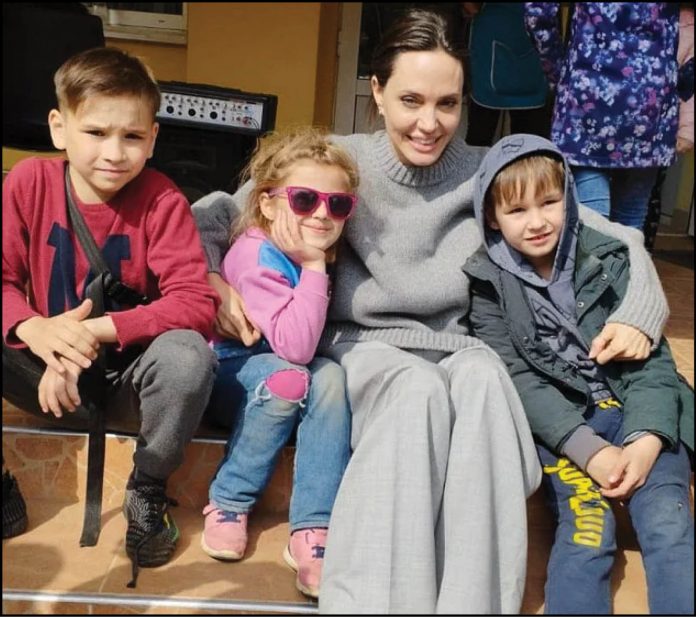 Hollywood actress and UN humanitarian Angelina Jolie made a surprise visit to the western Ukrainian city of Lviv on Saturday, the Lviv regional governor said on Telegram.
According to Maksym Kozytskyy, Jolie – who has been a UNHCR Special Envoy for Refugees since 2011 – had come to speak with displaced people who have found refuge in Lviv, including children undergoing treatment for injuries sustained in the missile strike on the Kramatorsk railway station in early April.
The attack in the eastern Ukrainian city appeared to deliberately target a crowd of mostly women and children trying to flee a looming Russian offensive, killing at least 52 and wounding dozens more.