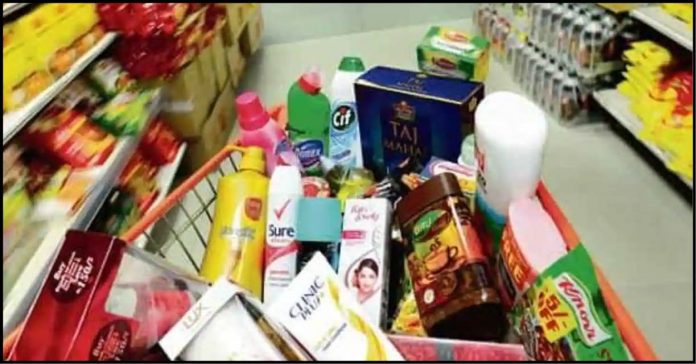 Washington (AP): Inflation slowed in April after seven months of relentless gains, a tentative sign that price increases may be peaking while still imposing a financial strain on American households.
Consumer prices jumped 8.3% last month from 12 months earlier, the Labor Department said Wednesday. That was below the 8.5% year-over-year surge in March, which was the highest since 1981. On a month-to-month basis, prices rose 0.3% from March to April, the smallest increase in eight months.
Still, Wednesday’s report contained some cautionary signs that inflation may be becoming more entrenched. Excluding the volatile food and energy categories, so-called core prices jumped 0.6% from March to April _ twice the 0.3% rise from February to March. Those increases were fueled by spiking prices for airline tickets, hotel rooms and new cars. Apartment rental costs also continued to rise steadily.
The sharp price gains from March to April “make clear that there is still a long way to go before inflation returns to more acceptable levels,’’ said Eric Winograd, U.S. economist at asset manager AB.
Some individual categories of goods have skyrocketed over the past year. Grocery prices, for example, have shot up 10.8%, the largest year-over-year jump since 1980. The cost of a gallon of gas fell 6.1% in April but is still up nearly 44% from a year ago.
And so far in May, prices at the gas pump have reached new highs. Nationally, the average for a gallon of gas is at a record $4.40, according to AAA, though that figure isn’t adjusted for inflation. The high price of oil is the main reason. A barrel of U.S. benchmark crude sold for around $100 a barrel Tuesday. Gas had fallen to about $4.10 a gallon in April, after reaching $4.32 in March.
The escalation of consumer inflation has forced many Americans, particularly people with lower or fixed incomes, to reduce their spending on things like driving and grocery shopping. Among them is Patty Blackmon, who said she’s been driving to fewer of her grandchildren’s sports events since gas spiked to $5.89 in Las Vegas, where she lives.

To save money, Blackmon, 68, also hasn’t visited her hairdresser in 18 months. And she’s reconsidering her plan to drive this summer to visit relatives in Arkansas.