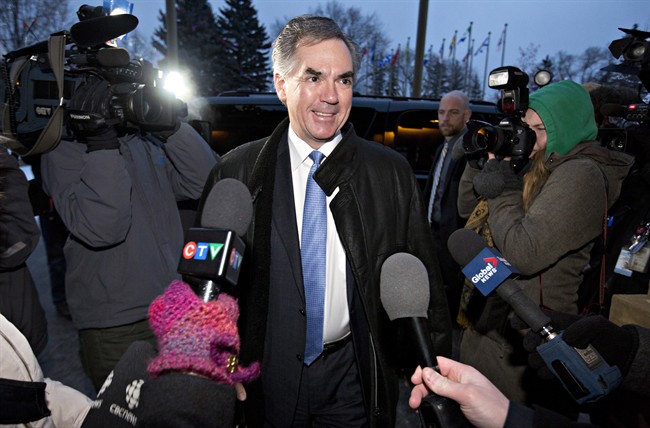 Edmonton: Alberta’s Opposition leader and eight of her Wildrose caucus members are joining the government of Premier Jim Prentice.

A joint news release says Danielle Smith resigned as Wildrose leader Wednesday morning and “the caucuses have agreed to unite under a set of aligned values and principles.”

“Throughout my public and political life, I have always believed conservatives should be united in bringing our common principles and combined energy to public service,” Prentice said in the release.

“Today, we once again represent the full diversity of voices and regions from across Alberta _ north, south, urban and rural.”

Smith said her singular objective since she became Wildrose leader more than five years ago was “to return to government the conservative values and principles that I had spent my life defending.”

“Under premier Prentice’s strong leadership, I believe we can work together to lead Alberta with a renewed focus on the values and principles that we share.”

Prentice and Smith are calling the move the “unification of Alberta’s conservatives and the premier said he would welcome further Wildrose members to his team.

The defections leave the Wildrose with five sitting members in the 87-seat legislature. The Liberals also have five members and the NDP have four. Former Wildrose member Joe Anglin sits as an Independent.