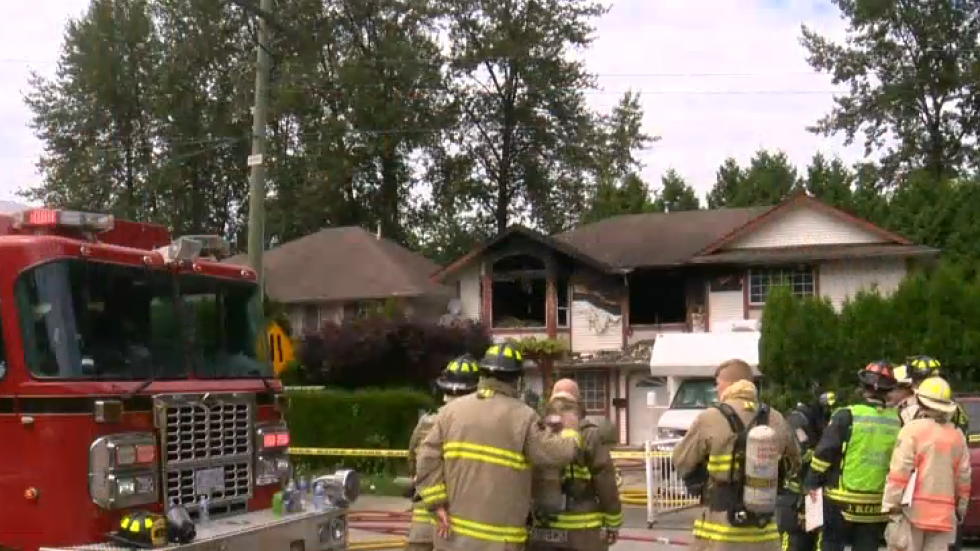 Port Moody: A mother of six children has died and a man police believe to be her husband has been arrested after a house fire in suburban Vancouver that is being investigated as a homicide.

Staff Sgt. Jennifer Pound of the Integrated Homicide Investigation Team says police in Port Moody responded to reports of a domestic dispute shortly before 1:30 p.m. Sunday but arrived to find the two-storey home engulfed in flames.

She says officers pulled the unnamed victim out of the house and also rescued a second adult.

Pound says the victim died of her injuries just after 6 p.m.

Police say five of the couple’s six children were home but were able to climb out from the second floor before firefighters arrived. The six children range in age from five to 18.

“This incident is one that is tragic beyond words,” Pound says in a news release. “Despite the intensity of the fire, the children, with assistance from the general public, managed to escape the burning home with minimal physical injuries.”

Pound thanked members of the public who helped rescue the children.

Police say witnesses were being sought and the cause of the fire was under investigation.

They were canvassing the neighbourhood on Monday and collecting any video surveillance footage taken of the fire, as well as asking anyone who had photos and videos that may help police to contact them.

The name of the woman was not released because officers had not located all her family members.